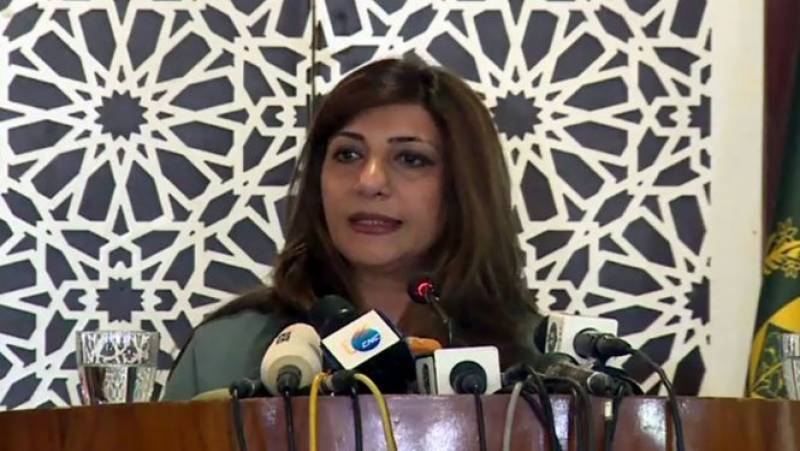 Islamabad (Agencies): Pakistan on Thursday termed the decision by the United States (US) to sell integrated air defence weapon system to India as disturbing saying it will further destabilize the already volatile region.

At her weekly news briefing in Islamabad, Foreign Office (FO) Spokesperson Aisha Farooqui said the sale of such sophisticated weapons to India will disturb the strategic balance in South Asia with security implications for Pakistan and the region.

She said the defense relations between the US and India are contributing to destabilisation of peace and security in South Asia.

"The international community is fully aware of India's aggressive policy designs against Pakistan and the threatening statements of Indian political and military leadership", Farooqui said.

The FO spokesperson said that South Asia cannot afford an arms race and conflict. It, is therefore, incumbent upon the international community to prevent destabilisation of the region.

Voicing concerns over increased ceasefire agreement violations by India, the spokesperson said that India had committed 272 ceasefire violations since the start of the year.

"As a result of which three civilians have embraced martyrdom and twenty five others sustained serious injuries", she said.

Aisha Farooqui said Pakistan has been warning for a long time about the possibility of some false flag operations by India.

"We are concerned about the possibility of India resorting to some distraction during the forthcoming high profile visits to the region including those of the Turkish President and the United Nations (UN) Secretary General to Pakistan and the US President Donald Trump to India", the FO spokesperson said.

She said Indian provocations are obviously designed to divert global attraction from its state terrorism in occupied Jammu and Kashmir (IOJ&K) as well as from Pakistan's ongoing successful efforts in countering terrorism and with respect to fulfillment of our obligations under Financial Action Task Force (FATF) regime.

“Pakistan maintains an unwavering resolve to respond most effectively and immediately to any Indian provocation and continue its path towards national development and regional peace and stability”, the FO spokesperson said.

When asked about US President Donald Trump's mediation offer on Kashmir dispute, the spokesperson said Pakistan hopes that these offers made on more than one occasion will translate into action.

"We also hope that the US President will raise the matter during his visit to India", the spokesperson said.

Responding to a question about Pakistan's expectations from getting out of FATF grey list, the FO spokesperson said we are hopeful and our partners in the international community are willing to support the country on this issue.

Talking about coronavirus, the spokesperson said that the foreign office and our missions are in constant touch with the Chinese friends to fully take care of the needs of Pakistani nationals. She was appreciative of the fact that China has taken care of our nationals and students as their own.