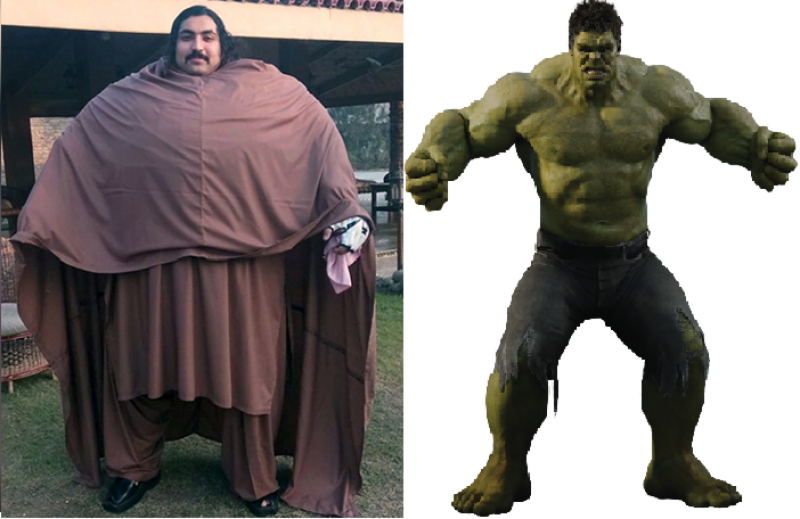 Mardan (Web Desk): The world’s strongest man as he claims, a Pakistani who weighs over 430 kilograms wants to represent the country at the world weightlifting competition. During an interview, Pakistani hulk said: “My aim to become the champion. I am thankful to God for giving me this body. It is a matter of time before I get into the world weightlifting arena.”

His daily diet is around about 10,000 calories– a diet that includes 7lb of meat, 36 eggs for breakfast, five litres of milk and it doesn’t all stop here. Luckily 6ft 3in tall Hayat faces no health issues due to his extraordinary weight.

He said, ‘I don’t have any medical conditions nor do I feel uncomfortable with my weight. But I have to keep at it if I want to become a world champion strong man,’ Hayat added ‘I started gaining weight in my teens but I realised that I wanted to get into weightlifting and strongman championships. So I continued to put on weight.’

He asserted that he lifted a weight of more than 10,000 lbs during a Japanese championship. Pakistani hulk said: ‘My immediate goal is to enter World Wresting Entertainment (WWE) competitions. I am looking to meet weight targets and I am consulting doctors to keep nutrition going.’