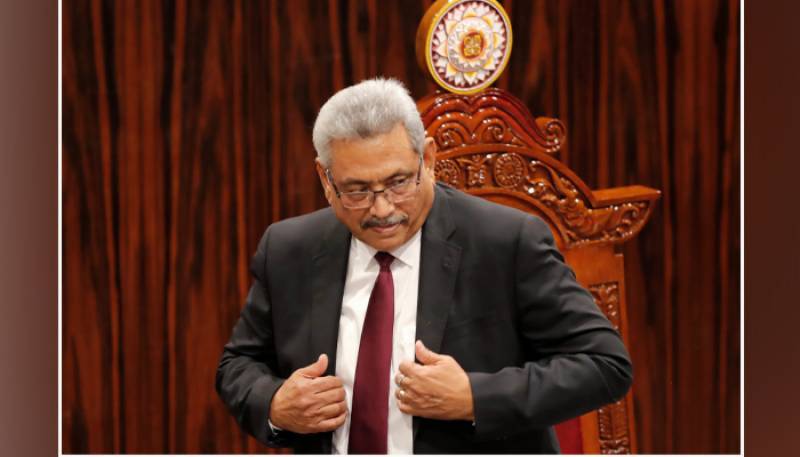 Colombo (Web Desk): Sri Lankan President Gotabaya Rajapaksa escaped to the Maldives on Wednesday, hours before he was scheduled to resign from the office.

As per the reports, Prime Minister Ranil Wickremesinghe declared a state of emergency in the country following President Rajapaska's escape.

The embattled president officially announced at the weekend that he will step down on Wednesday (July 13) and clear the way for transition as the election for new president is scheduled to be held on July 20.

Meanwhile, the foreign media reported that President Gotabaya Rajapaksa telephoned the speaker of parliament saying that his resignation letter will be sent later in the day.

"The president got in touch with me over the phone and said that he will ensure that his resignation letter will be received by me today," speaker Mahinda Yapa Abeywardena said in a video statement.

"I appeal to the public to have confidence in the parliamentary process we have outlined to appoint a new president on the 20th and be peaceful."

Rajapaksa has authorised the prime minister to carry out presidential duties, the speaker said earlier.

Abeywardena said Rajapaksa notified him of the change.

Gotabaya Rajapaksa, who took refuge at the Trincomalee naval base after fleeing the presidential palace on July 9 after protesters stormed his residence, was accompanied by his wife and a bodyguard on an Antonov-32 military aircraft.

Despite enjoying immunity from being arrested, he fled the country due to fears of his detention following the change in the power corridors.

Reports said that Rajapaksa was shifted to undisclosed location under police escort after he reached the Maldives.