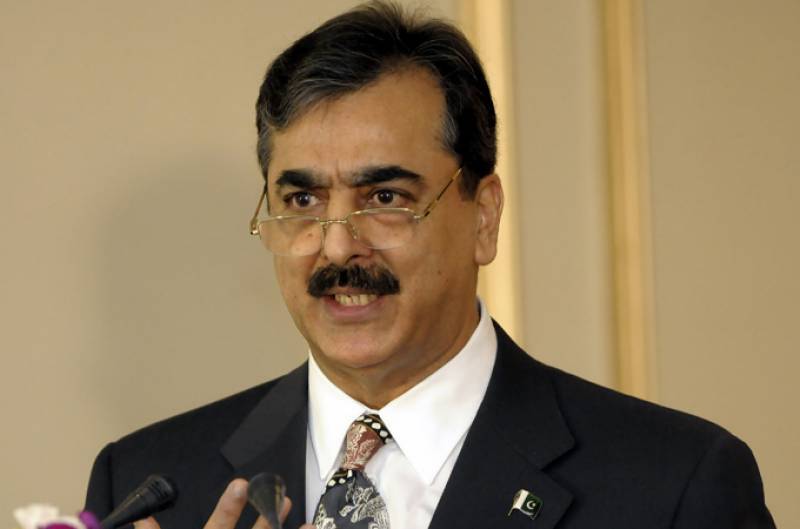 In a post on Twitter, his son Kasim Gilani said that the former premier was tested positive for the coronavirus. He blamed Prime Minister Imran Khan's government and the National Accountability Bureau (NAB) for his father's infection.

The former PM had appeared in a NAB hearing in Rawalpindi on Thursday in a reference that accused him, Pakistan Muslim League-Nawaz (PML-N) supremo Nawaz Sharif and PPP co-chairperson Asif Ali Zardari of receiving luxury vehicles and gifts from Toshakhana.

Yousuf Raza Gilani is the latest politician to contract the novel coronavirus.

Multiple politicians, including members of the ruling Pakistan Tehreek-e-Insaf (PTI), have been diagnosed with COVID-19.

On Monday, Railways Minister Sheikh Rashid confirmed he had tested positive, adding that he was experiencing no symptoms and that he had isolated himself at his home.

Last week, Muttahida Qaumi Movement-Pakistan (MQM-P) leader Faisal Sabzwari was diagnosed with the virus, along with his parents, wife and daughter.

Before that another federal minister, Shehryar Afridi, had also tested positive and gone into isolation.

The prominent political leaders who have contracted coronavirus so far include National Assembly Speaker Asad Qaiser, Sindh Governor Imran Ismail and PPP leader Saeed Ghani, all of whom have recovered.