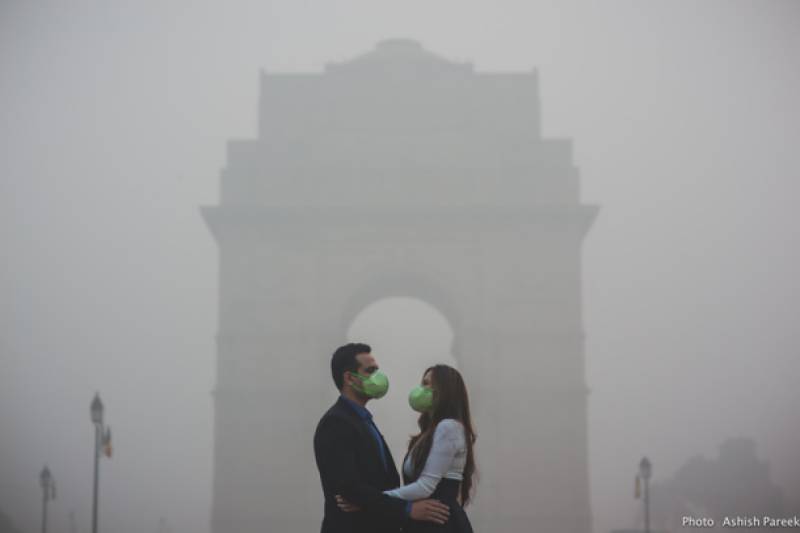 New Delhi (Web Desk): Delhi got under the blanket of heavy smog after the recent rise in air pollution, and the city has been compared to a 'gas chamber.' So what happens to Delhi's picturesque locations that serve as a prop, canvas, and theme for couple photoshoots? Well, with the love for Delhi's vivid iconography that has given many couples their dream shots, one photographer tried to capture the horror of the changing scenarios, but with a twist! In these pictures, a couple celebrates love with masks.

The Indian media reported that Delhi-based photographer, Ashish Pareek, woke up to murky skies and was perturbed. When a client wanted to capture some shots in the city, he was worried about the haze and of course the potential hazards. But, here's how he turned it to his advantage.