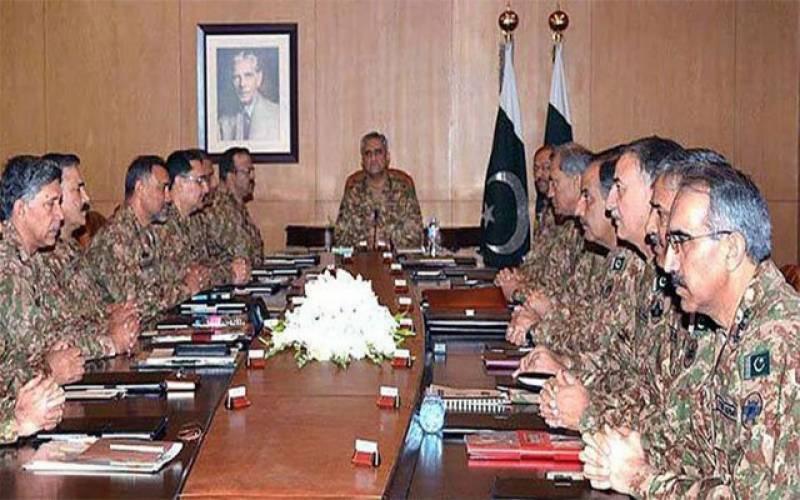 According to a press issued by the Inter-Services Public Relations (ISPR), the forum reviewed the geo-strategic environment and the security situation of the country.

The corps commanders reiterated continuation of their efforts for "bringing enduring peace in the country while supporting all initiatives towards regional peace."

"The forum also expressed its resolve for continued support to all state institutions for ensuring writ of the state and rule of law in which lies the peace, stability and prosperity of the country," it added.