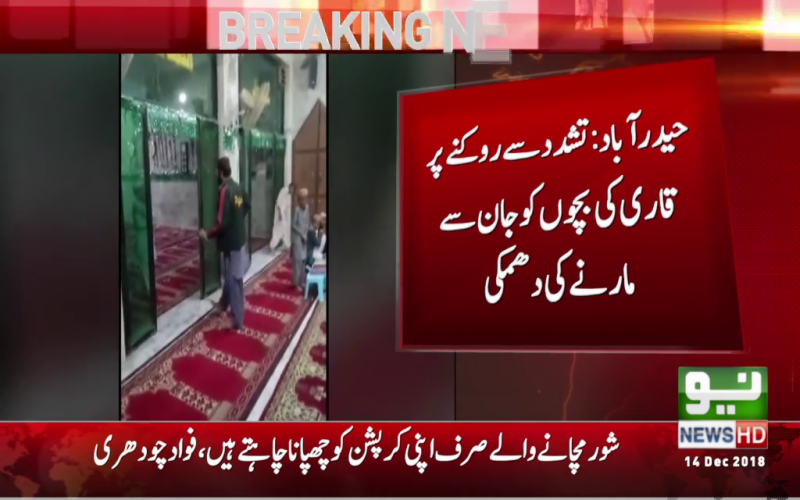 Hyderabad (Staff Report): Police have arrested a madrassah teacher after a video of torturing students went viral on social media.

In the video, madrasshah teacher identified as Shabbir Ahmed s/o Ghulam Hussain, can be seen hitting children with a pipe and arguing when asked not to beat them up by a man who had come to pray at the mosque.

The madrasshah teacher is heard in the video arguing back and telling the man to continue praying. "No one will say anything even if I beat them to death," he is heard saying and then continuing to hit the children.