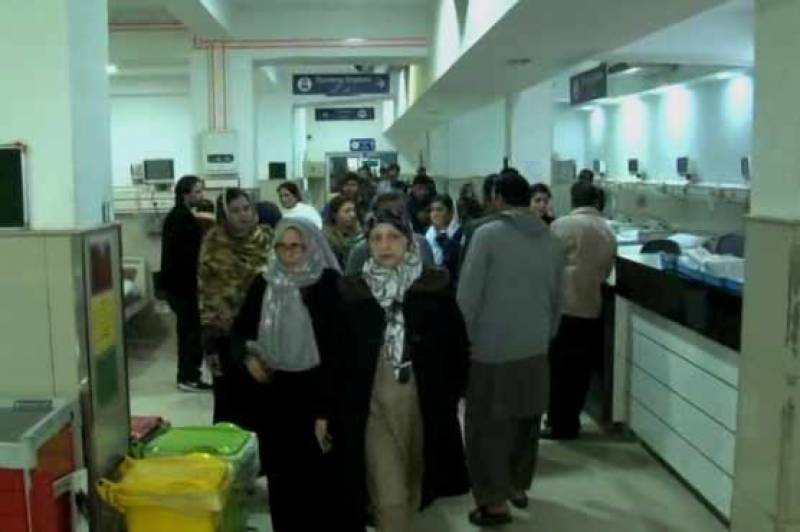 According to details, doctors, nurses and paramedics resumed duty at the ward and attended patients.

In a statement, Punjab Chief Minister Usman Buzdar said that the provincial government has decided to legislate for protection of hospitals, doctors, paramedics and patients as well. He said that Health Professionals Security Bill will soon be tabled in the cabinet.

Earlier, addressing a press conference at PIC, the leaders of the Grand Health Alliance (GHA) announced the opening of the Emergency Department.

GHA's chairman Chairman Dr Suleman Haseeb, Dr Qasim Awan said that the doctors have joined their duties in the Emergency department in the larger interest of the patients.

The GHA leaders urged the enforcement of Health Professional Act immediately to ensure the safety of the doctors and other staffers in hospitals.

Meanwhile, Chief Executive Officer (CEO) PIC Dr Saqib Shafiq said that the emergency has been made functional while the OPD will be reopened after a day.

New medical equipment, machinery, furniture and other items have been supplied to the emergency ward.

In total, around 12,000 heart patients suffered severe hardships and 35 patients couldn’t undergo bypass, and angioplasty and angiography procedure of 250 patients was postponed due to the absence of doctors and paramedics from their duties.

On December 11, On Wednesday, the angry lawyers stormed PIC including emergency ward where at least four people lost their lives after doctors and nurses left the hospital amid the dispute and halted treatment of patients.

The violent lawyers disrupted operations and heart surgeries at the emergency bloc of PIC, leaving hundreds of patients at risk. The doctors left the wards to save their lives from the protesting lawyers.

Police used tear gas and water cannons to disperse lawyers which were around 200 to 250 in numbers, with some of them having weapons.

Following the incident, two FIRs were registered against more than 250 lawyers who attacked PIC allegedly tortured doctors and attendants, and damaged hospital property and police vehicles.