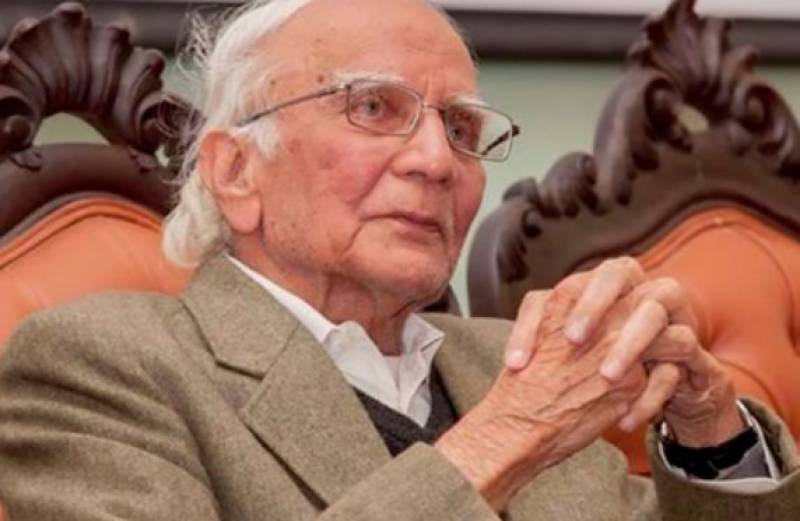 Lahore (Web Desk): Veteran politician and one of the founding members of PPP, Dr Mubashir Hasan, passed away on Saturday. He was 98.

It is said that the foundation stone of the PPP was laid in Dr Hasan's house in Gulberg, Lahore. A close aide of Zulfikar Ali Bhutto, he was also one of the contributors to PPP's first ever manifesto.

Hasan was elected as a member of the National Assembly in 1970 and served as finance minister in Bhutto's cabinet from 1971-74.

He helped Bhutto in establishing the Ministry of Science in 1972 and was assigned the responsibility to arrange funding for Pakistan's nuclear project. He also helped establish the Kahuta Research Laboratories.

Later, Dr Hasan developed differences with the PPP and left to join Ghinwa Bhutto's PPP-Shaheed Bhutto. Three years ago, he also resigned from the Punjab presidency of Ghinwa's party.

Dr Hasan was also one of the founding members of the Human Rights Commission of Pakistan (HRCP) and the Pakistan-India People's Forum for Peace and Democracy.

Dr Hasan had been unwell and under treatment for the past three days. He is survived by his wife, Dr Zeenat Hussain.