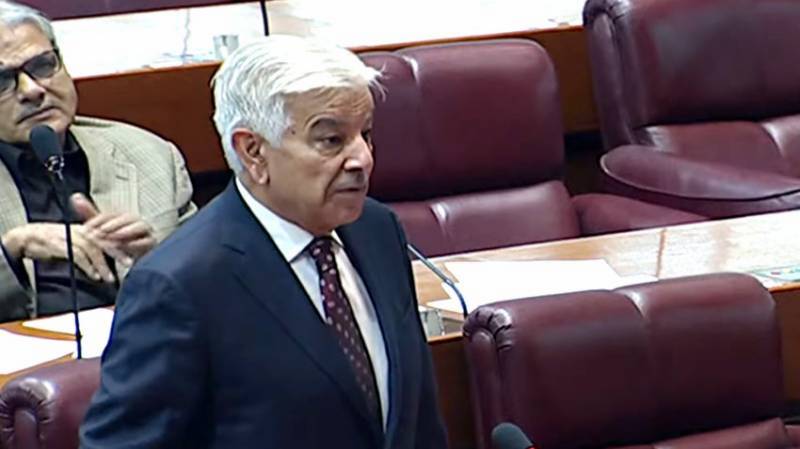 Speaking on a point of order in National Assembly (NA), he said that Imran Khan should pay the political price for his lies that he spoke to the nation for his political gains.

The minister said that Imran Khan’s political rhetoric in the past and the recent one regarding cipher are based on local political consumption lacking substantiality.

"Imran Khan has established such a bad tradition in politics which we can’t even recal," Khawaja Asif said.

He said to satisfy his enmity Imran Khan not only made fake cases against opposition leaders but also forgot the family norms and respect.

Meanwhile, speaking with journalists outside the National Assembly, the defence minister said that decision on army chief appointment is yet to be taken.