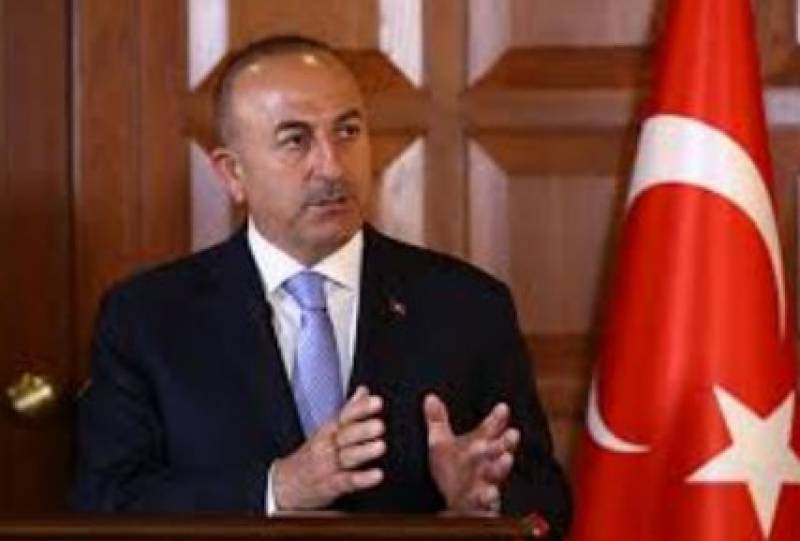 The delegation level talks between Pakistan and Turkey held in Islamabad.

Addressing a joint conference with following the meeting, Qureshi said Turkey and Pakistan wanted the best solution for Kashmir. He also stressed that Pakistan’s relations with Turkey were not restricted to a government level.

Qureshi said the meeting also provided an opportunity to discuss the progress on Free Trade Agreement.

He said it has been agreed to revive the process of talks on FTA and take it to logical conclusion at the earliest.

Shah Mahmood Qureshi pointed out that a high level strategic council exists between the two countries which provides mechanism to ensure implementation on the already signed projects.

The foreign minister said his Turkish counterpart has accepted his invitation to participate in the meeting of Kashmir Contact Group to be held on the sidelines of the UN General Assembly session. He thanked unambiguous stance of Turkey on Kashmir and its support to Pakistan at other international forums.

In his remarks on the occasion, the Turkish Foreign Minister said Pakistan is our second home.

Describing talks with Shah Mahmood Qureshi as fruitful, he said we have agreed to further strengthen our relations. He said his country will encourage the Turkish companies to invest in different sectors in Pakistan.

He said our defense industries have developed tremendously over a period of time and we have expertise in different areas and we can greatly benefit from each other's experiences.

The Turkish Foreign Minister said that his country desires resolution of Kashmir dispute through dialogue between Pakistan and India and in accordance with the resolutions of the United Nations.

According to Inter-Services Public Relations (ISPR), the COAS and Turkish foreign minister discussed relations between the two countries, regional security including the situation in the Middle East. Discussions were also held on the management of defence and security cooperation between Pakistan and Turkey.

Turkish Foreign Minister acknowledged and appreciated Pakistan’s contributions for conflict prevention in the region and also pledged to keep working for better relations between the two brotherly countries.