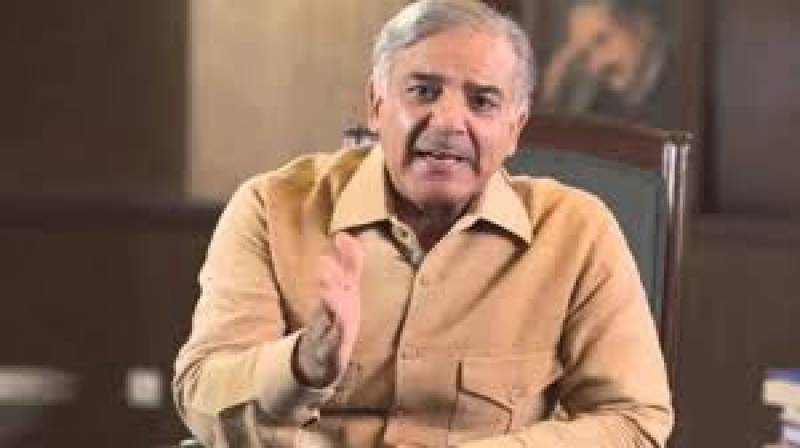 Islamabad (Web Desk/Agencies): Prime Minister Shehbaz Sharif on Wednesday urged the nation, particularly the influential and affluent classes to play their due role to change the nation’s fate through firm resolve and solid actions.

“Where does Pakistan stand today despite passage of 75 years? This is a pinching question… We are moving in a circle all the time… This is now or never,” the prime minister said addressing the Lawyers Convention here.

He said the nation wanted to know as why the Quaid’s dreams remained fulfilled as millions of the people were faced with poverty.

"Unfortunately, even the smaller nations as well as the neighboring countries had achieved immense progress leaving Pakistan behind," PM Shehbaz said.

Referring to the massive destruction caused by the floods, the prime minister said hundreds of thousands of the flood-stricken people were about to brave the upcoming harsh cold winters and 0.6 million pregnant women were also compelled to stay at tents.

PM Shehbaz said the country was faced with climate-induced destruction.

The premier told the gathering that an agreement with the International Monetary Fund (IMF) was signed but violated in the past risking the whole Program.

PM Shehbaz said the government was strategizing to cope with the swelling needs of the gas, considering the upcoming winter season.

He said the previous government failed to sign a gas purchase agreement when it was available at 3 cents per MMBTU comparing current 40 cents per MMBTU.

"The flood water is still causing destruction in Balochistan, leading to the collapse of houses and washing away of crops, "PM Shehbaz said, He said even the availability of clean drinking water was a challenge for the flood-affected people.

PM Shehbaz said the country was rich with immense resources like Sendak and Reko Diq with capable human resource like farmers, engineers and doctors.

"If we make a resolve, Pakistan will emerge a great country. It will not come through speeches, rather through will and action," the premier asserted.

Earlier, Prime Minister Shehbaz Sharif distributed allotment letters among the senior lawyers for residential plots in the housing project and carried out balloting of plots among the federal government employees.

The prime minister said that those who had got the allotment letters for their residential plots should never forget the flood-stricken people who had lost their dear ones as well as the houses.

He said the housing project for the lawyers’ community had been facing a delay; however the incumbent government would ensure its early completion.

PM Shehbaz said that the government would extend maximum support for development of the housing project.