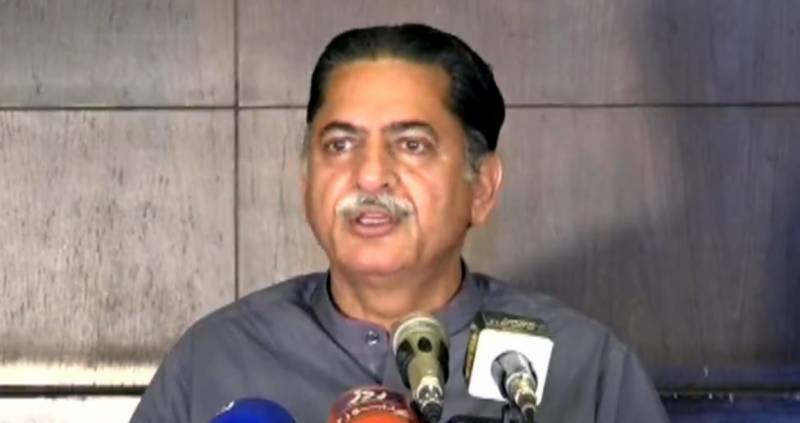 Addressing a press conference along with PML-N Punjab spokesperson Azma Bukhari on Monday, Latif said the doctors have announced their decision and Nawaz will come back in line with their call.

“The people are his doctors; the nation has announced its decision that Nawaz Sharif should come back,” Javed Latif said and added the the PML-N would not allow the party chief to go back to jail upon his return. He also alleged that Nawaz was disqualified on the instructions and directions of former chief justice of Pakistan Saqib Nisar.

In 2018, an accountability court sentenced Nawaz to seven years in prison in the Al-Azizia Steel Mills corruption reference, while he was also sentenced to a total of 11 years in prison and slapped Rs1.3 billion fine in the Avenfield properties reference.

Earlier, PTI Chairman Imran Khan claimed that a conspiracy was being hatched to disqualify him in the Toshakhana and prohibited funding cases to pave the way for Nawaz’ return from London.

“They have made a new plan to register new cases and disqualify Imran Khan in Toshakhana and prohibited funding cases,” Khan claimed during his address to PTI’s public gathering in Lahore last week.