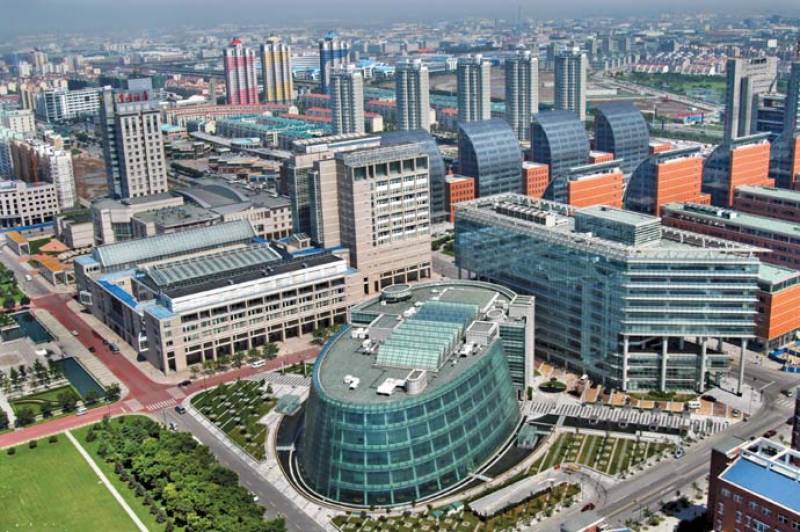 Islamabad: More than 41 sites have been identified for the establishment of Special Economic Zone by Board of Investment and government is willing to offer incentives and facilitate the investors in these zones including duty and tax exemption on import of machinery and 5-year tax holiday.

BoI has identified 41 sites for the establishment of SEZs in consultation with all the four provincial governments including governments of AJ&K, GB and FATA Secretariat. While briefing the National Assembly Standing Committee on Planning, Development and Reform, the BoI additional secretary said that seven SEZs have already been approved. The meeting was presided over by MNA Abdul Majeed Khan Khanan Khail.

The committee was also briefed by the additional secretary and Ministry of Water & Power on the terms and conditions of financing of China Pakistan Economic Corridor (CPEC) energy projects and tariff structure. The committee urged the quarters concerned to take special care of the environmental implications whenever initiating any energy projects under the CPEC.

Omer Rasool said that eight energy projects are near financial closure and 10,000MW energy will be inducted to the system which will help the eradication of load shedding. The BOI additional secretary comprehensively briefed the committee over the development and management of Industrial Park under CPEC-Incentives given to local and foreigner investors in SEZs.

After detailed briefing by the BoI, the committee recommended that vocational and technical training centers should also be established in the SEZs for imparting technical training to the local workers in order to make them able to get jobs in the industries.

The committee chairman asked the BoI official that what kind of industries will be installed in the Sindh special zones and what will be the procedure, upon which the additional secretary responded that it will be engineering industries. While there is no request from China for the establishment of Industrial park, he added. Replying another query, that who will control the management of Industrial Zones, the BOI official replied that a committee will be constituted to decide about this and other issues.

The committee chairman asked the Ministry of Planning to ensure that the industries in the industrial zones should be environmental friendly and make no pollution. Planning Additional Secretary Zafar Hassan said that in this regard the guideline will be provided by the Ministry of Climate Change. MNA Iftikhar said that the way you have focused on the security of CPEC, by allocation a percentage for the purpose, similar decisions should be taken for the environment protection. The Ministry of Water and Power additional secretary said that the CPEC energy projects are in IPP mode and out of 16 energy projects under CPEC there is no government investment.

He said that the energy projects are not being incorporated randomly under CPEC umbrella, there is proper survey for the purpose which takes one years. On November 8, 2014, energy Cooperation Framework was signed in China where it was decided to install 16,000MW under CPEC. There are 13 articles of the framework, he added. Private Power Infrastructure Board (PPIB) and National Electric Power Regulatory Authority (NEPRA) do vet the power projects before the installation and decide about the course of action, he added.

Solar and coal was the first target under CPEC while wind energy was also part of the corridor project, Omer said. Alternative Energy Board is overseeing the solar and wind power projects, he added. About the decision to remove Gaddani power project from the CPEC umbrella, he informed that there were ten projects in Gaddani, since china was not ready for investment therefore it was taken out from the corridor umbrella. The project was put on back burner in December 2016 and now it will be included in the second or third phase of CPEC, he added.

Similarly Sukki Kinari hydropower project is 870MW and it will come online in 2019 with an estimated tariff of 8.50 US cents per unit, he added. A total of 300MW solar electricity is under execution and 200MW will be added to the national grid in 2017 while 100MW will be inducted in 2018, he added.

He said wind is clean energy but is expensive as the tariff of solar and wind is 14.15 cents and 13 cents respectively while in India it is five cents. “As per our target around 10,000MW electricity from alternate energy will be added to the national grid,” Omer added.

The rates of the Engro 660MW power plant per unit are 8.50 cents. It is very important project where 51 percent share holding belongs to the government of Sindh. The first 330MW coal power of Engro will come online by December 2017. Seven coal projects with capacity of 8,000MW will be installed, he added.

The imported coal is coming from Australia, Indonesia and Africa. The Coal director informed that local coal is cheaper than the imported one and it is better to use the local coal in energy generation. The committee also constituted a four member sub-committee with Ch Jaffar Iqbal as convener and Qaiser Jamal, Sher Akber Khan and Malik Ibrar Ahmad as its members, The committee Terms of Reference (TORs) included; to look into the matter of unnecessary delay in completion of Northern Bypass Peshawar; and the issue of Water Distribution Network for Rawalpindi Cantonment Board/Chaklala Cantonment Board (CCB) based on Khanpur Dam water source (phase-III), Rawalpindi.