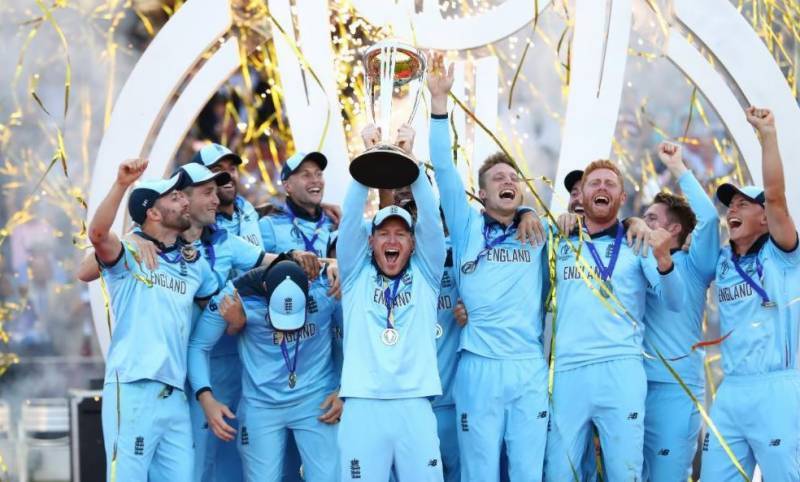 London (Web Desk): England won their first ever ICC World Cup after beating New Zealand in the dramatic super over at the Lord’s on Sunday.

In reply, England also scored 241 runs in stipulated overs as a result the match finished in a tie.

In the super over eliminator round that followed, England set a 16-run target for New Zealand which the Kiwis matched evenly.

Jofra Archer bowled England's over against Martin Guptill and Jimmy Neesham, who smashed a six off the second ball.

With two runs required off the final ball, wicketkeeper Jos Buttler and Jason Roy combined to run out Guptill as he came back for the second.

Both sides finished on 15 so England won due to a tie-break rule because they hit more boundaries.