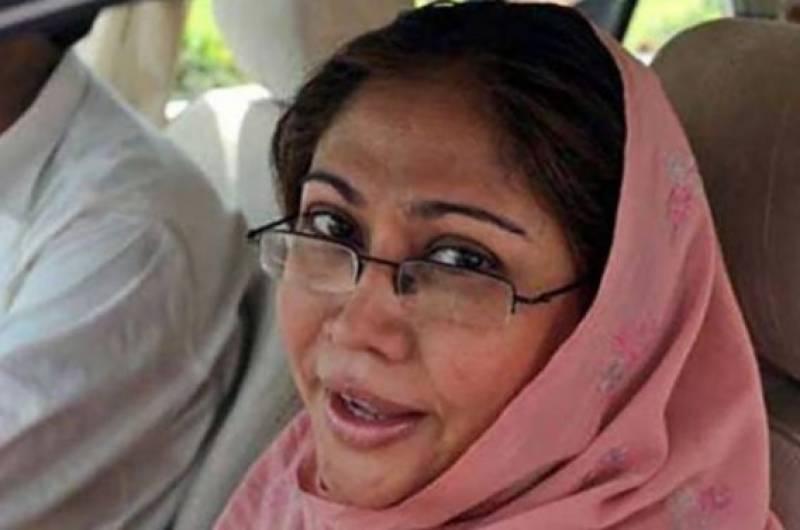 On Friday, a team of the accountability watchdog arrested Faryal Talpur from Islamabad in a case related to fake bank accounts. She was placed under house arrest as NAB officials declared her residence in Islamabad a sub-jail.

Today, the NAB officials presented the PPP leader before the accountability court and sought a 14-day physical remand for her.

The accountability watchdog argued that Talpur is the director if the Zardari Group and that she has a central role in the fake bank accounts case.

The prosecution further argued that it was through Talpur's signature that Rs 30 million were transferred from the Zardari Group's bank account to Awais Muzaffar.

Hearing these arguments, the court granted NAB a nine-day physical remand for Talpur. The remand will last till June 24.

This is pertinent to mention that the NAB is investigating four cases where the former president and his sister are the prime accused.