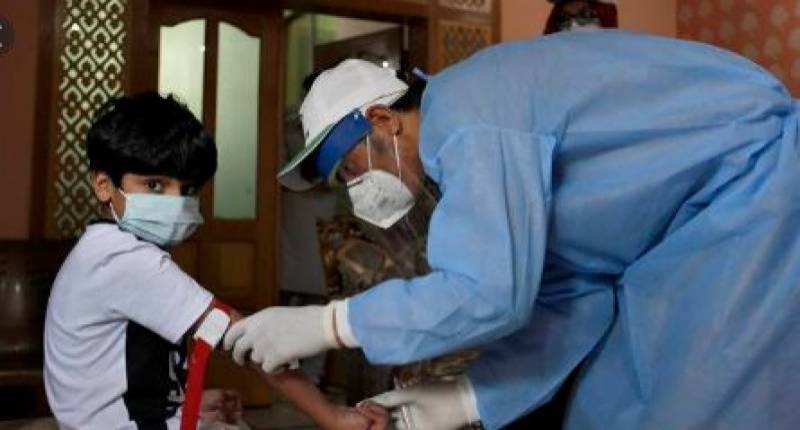 Lahore/Quetta/Karachi/Peshawar (Staff Report/Agencies): The number of confirmed COVID-19 cases in Pakistan on Monday rose to 144,478 after 5,248 new infections were reported over the past 24 hours.

According to the government's Covid-19 portal, the death toll related to coronavirus has reached 2,729 with 97 fatalities reported during the last 24 hours while around 53,721 patients have fully recovered from the disease.

Nearly one-and-a-half months after imposing the lockdown across the country, the government announced to ease the lockdown in phases, however, the number of coronavirus cases has continued to soar.

Minister for Planning, Development and Special Initiatives Asad Umar has warned that the tally of novel coronavirus cases across the country may jump to double within next two weeks and can reach 1.2 million cases by the end of July if the citizens continue to flout the standard operating procedures (SOPs) and guidelines to curb the spread of the novel coronavirus.

Addressing media at NCOC in Islamabad, he said that there is drastic need to take actions at societal as well as individual levels.

Wearing masks is mandatory for slowing down the spread of disease, the minister said, adding that some studies suggest that the pace of COVID-19 spread could decrease by fifty percent by covering the mouth alone.

Asad Umar said that administrative actions are being taken to protect the people from this disease.

“Shops, transport and individuals have been fined who were not following the SOPs. Such actions will increase now,” he said.

Asad Umar said keeping lockdowns for long term is not feasible as the world has also realized it now.

Noting that more than 2,000 people across the country are on oxygen beds at the moment, Umar said adding that the federal government will ensure expanding the delivery of these beds to all four provinces, as well as the federal capital.

"About 2,150 oxygen beds would be provided to the provinces by the end of next month," he said

He said the testing capacities are also being enhanced. The Minister said now 30,000 tests are being held on daily basis which were just around 500 when the first cases were reported.

"In next four to six weeks, the testing capacity is expected to increase to 150,000," the minister said.

It is pertinent to mention that the global coronavirus cases have reportedly surpassed 7.91 million and death toll tops 432,000.