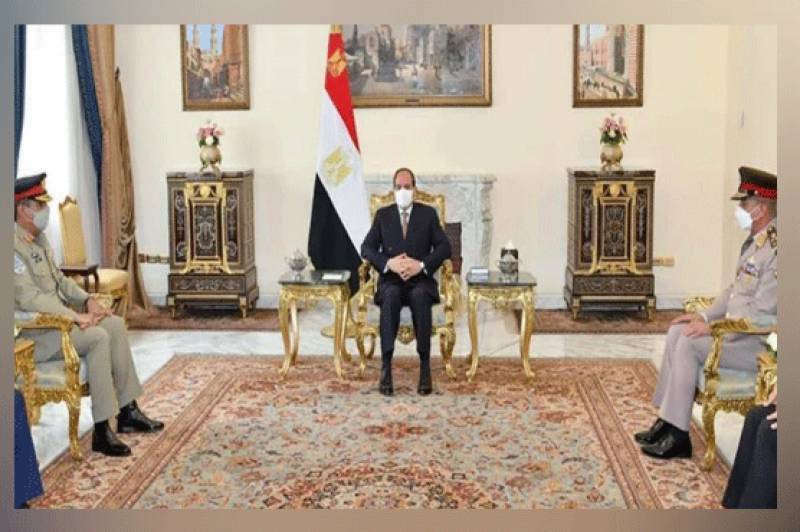 According to a statement by the Inter-Services Public Relations (ISPR), matters of bilateral military cooperation, including security, counter-terrorism, and the prevailing regional environment were discussed during the meeting.

The president conveyed his feelings of high esteem for the Pakistan Armed Forces and said that he values brotherly relations between both countries, the statement said.

The dignitaries lauded the professionalism of the Pakistan Armed Forces and acknowledged their sacrifices in the fight against terrorism.

The CJCSC also had separate meetings with General Mohamed Ahmed Zaki, Minister of Defence & Commander-in-Chief of the Egyptian Armed Forces and chiefs of the tri-services.

Chairman JCSC led the 2nd Round of Defence and Security Talks. CJCSC highlighted the positive role of Pakistan in countering violent extremism, regional stability, connectivity and it's impact on the region and beyond.

Earlier, upon arrival at Ministry of Defence, Chairman JCSC was presented Guard of Honour by a smartly turned out contingent of Egyptian Armed Forces.