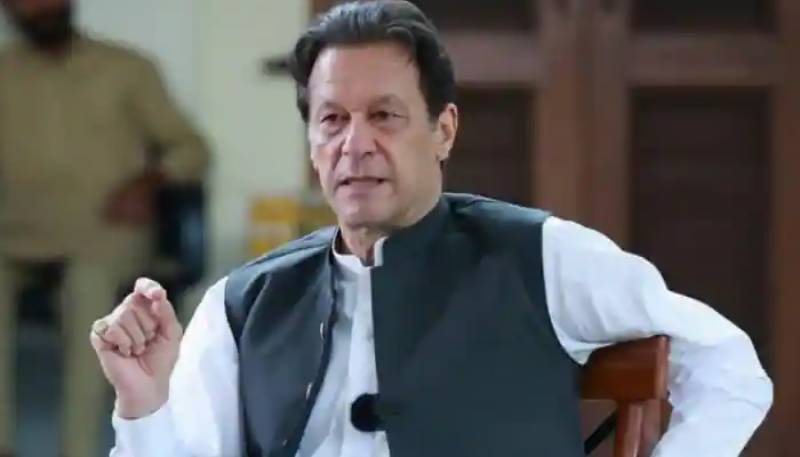 The PTI chief Took to Twitter and said that the this government has broken all records for incompetence.

Biden's statement also shows the "failure" of the incumbent government’s claims of a "reset" in relations with the US.

"Is this the "reset"? This government has broken all records for incompetence,” the PTI chief said.

The former prime minister maintained that his “greatest worry” – apart from the government leading the country to economic ruin and giving a license to white-collar criminals to plunder the country – was that they would also completely comprise Pakistan’s national security.

My greatest worry is that apart from leading us to economic ruin &, with NRO2 for themselves, giving a license to white collar criminals to plunder the country, this govt will also end up completely compromising our national security.

Khan questioned what information led Biden to reach “this unwarranted conclusion”, adding that as prime minister, he knew that Pakistan had “one of the most secure nuclear command and control systems” in the world.

I have 2 Qs on this: 1. On what info has @POTUS reached this unwarranted conclusion on our nuclear capability when, having been PM, I know we have one of the most secure nuclear command & control systems? 2. Unlike the US which has been involved in wars https://t.co/nkIrlekBxQ

“Unlike the US which has been involved in wars across the world, when has Pakistan shown aggression esp post-nuclearisation?” he the former premier asked.

Imran Khan's reaction comes after US President Joe Biden said that Pakistan may be a 'dangerous nation', alleging that the country's nuclear programme lacks "cohesion".

The US President made the remarks while addressing a Democratic congrressional campaign committee reception on Thursday.

"And what I think is maybe one of the most dangerous nations in the world: Pakistan. Nuclear weapons without any cohesion." Biden was quoted as saying in a transcript of the address, published on the White House’s website.

The remarks by the US president were made with regard to the changing geopolitical situation globally, as he highlighted that the world was changing rapidly, and countries were rethinking their alliances.