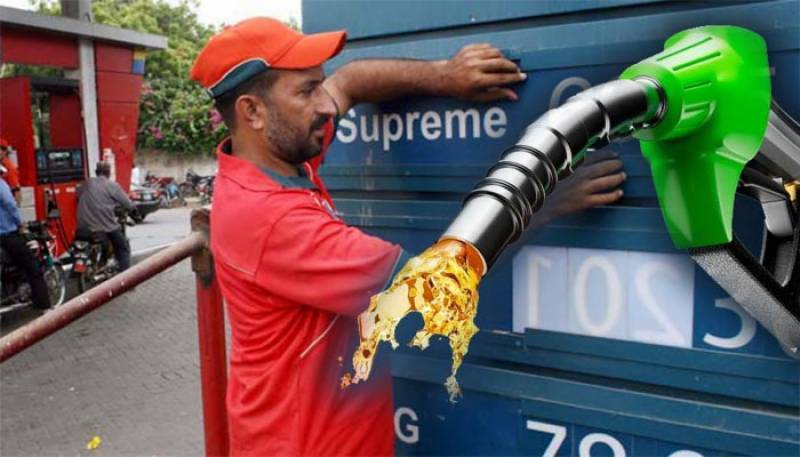 Islamabad (Web Desk): The PTI-led government on Tuesday made a massive increase of up to Rs12.03 per litre in the prices of petroleum products.

The finance ministry in a statement said that the prices of petroleum products in the international market are showing a drastic increase and presently, they are at the highest level since 2014.

According to a notification issued by the Ministry of Finance, the ex-depot price of petrol was fixed at Rs159.86 instead of Rs147.83 per litre at present, up by Rs12.03 per litre or 8.14pc. The petroleum levy on petrol was increased from Rs13.92 to Rs17.92 per litre. The government is also charging about Rs12 per litre on petrol as customs duty.