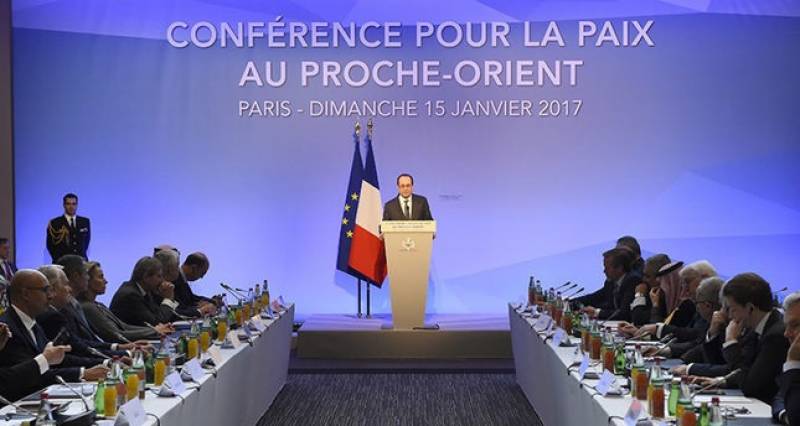 Paris (Online): only a two-state solution between Israelis and Palestinians could resolve the conflict and warned that they would not recognize any unilateral steps taken by either side that could prejudge negotiations, Some 70 countries reaffirmed that on Sunday.

On Sunday, the concluding communique of a Middle East peace conference held in Paris shied away overtly from criticizing plans by US president-elect Donald Trump to shift the US Embassy to Jerusalem, but said a new conference would be held by end of the year for interested parties.

Key Arab and European states as well as the permanent members of the UN Security Council were also present in the meeting that Israeli Prime Minister Benjamin Netanyahu has rejected as “futile”.

According to media, the conference called on them (Palestinians and Israelis) to avoid steps that “prejudge the outcome of negotiations on final status issues, including, inter alia on Jerusalem, borders, security, refugees”.