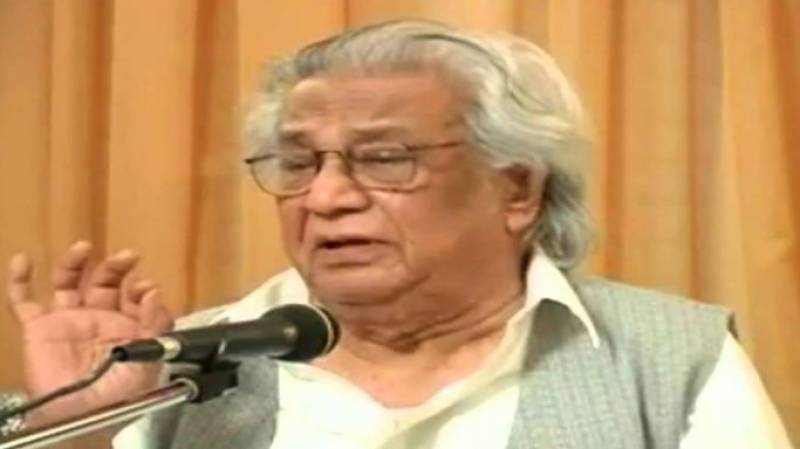 Toronto (Web Desk): Famous Pakistani poet Himayat Ali Shair passed away in Canada on Tuesday at the age of 93, the Radio Pakistan reported.

Himayat Ali Shair was born on July 14, 1926, in India’s Aurangabad and later moved to Karachi after partition.

His first poetry book "Aag Main Phool" was published in 1956 and received the Presidential Award in 1958.

He received Pride of Performance Award for his literary services in Urdu literature from the president of Pakistan in 2002.