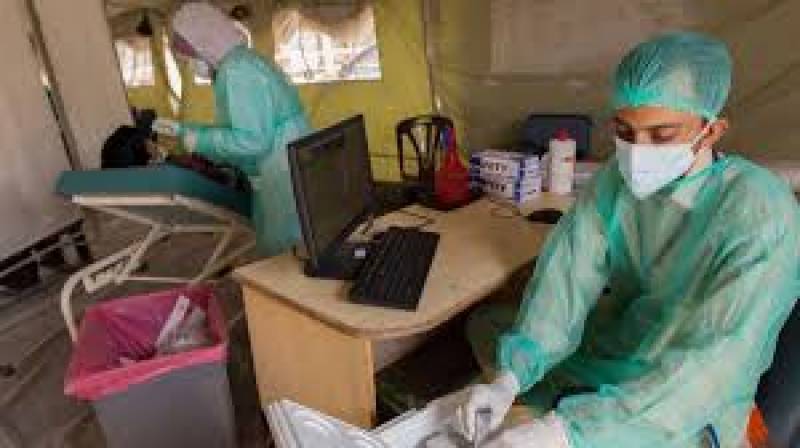 Lahore/Quetta/Karachi/Peshawar (Staff Report/Agencies): The number of confirmed COVID-19 cases in Pakistan rose to 944,065 on Wednesday after 1,038 new coronavirus cases surfaced in the country during the last 24 hours.

As per National Command and Operation (NCOC) data, 42,113 tests were conducted while positivity ratio remained 2.46%.

According to the government's COVID-19 portal, the death toll related to coronavirus has reached to 21,828 with 46 fatalities reported during the last 24 hours.

Over the last twenty four hours, total number of recovered COVID-19 patients across the country reached 882,332 after another 2,016 virus recoveries were reported.

Meanwhile, Information Minister Fawad Chaudhry on Tuesday said that the NCOC might announce reopening of cinemas from June 30 considering the improvement in the Covid-19 positivity ratio in the country.

"Have spoken to the NCOC and Asad Umar has promised that cinemas will be reopened by June 30. However, a final decision will be taken by the NCOC," he clarified.

The minister's remarks came as he briefed the media following the federal cabinet's meeting held earlier.

It is pertinent to mention that the global coronavirus cases have reportedly surpassed 175.987 million and death toll tops 3.811 million.