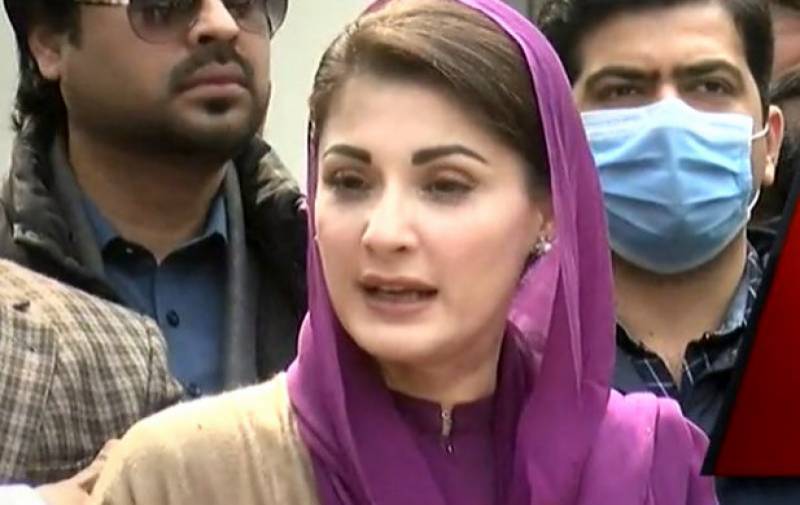 Talking to newsmen outside the Islamabad High Court (IHC), the PML-N leader said that the incumbent government was taking big decisions to stabalise the country's economy.

She said that former prime minister Imran Khan had been playing with the country’s economy during his four year tenure.

He signed agreement with the IMF to increase prices of petroleum products and impose levy taxes on it.

She said that the PTI government did not increase the prices of the petroleum products deliberately, before leaving the power.

Talking about the recent statement of DG ISPR, she said the statement was based on facts as he was the representative of security agencies and institutions those were aware of everything.

"A lie couldn’t be presented as truth", the PML-N vice president said.

Maryam Nawaz said Imran Khan had been established as a liar as the National Security Committee had admitted that no foreign conspiracy was found against his regime.

She said that Imran Khan had put the state institutions and country’s security on stake with his false allegations, she said, adding that instead the former PTI’s government should have told the public about its performance of four years.

"Imran Khan had mortgaged the country to IMF for the sake of loans and the current government was bound to implement his agreements", she added.

Talking about former prime minister Nawaz Sharif’s statement about ex-president Pervez Musharraf, the PML-N Vice president said that the statement was based on humanitarian grounds as her father didn’t believe in revenge.