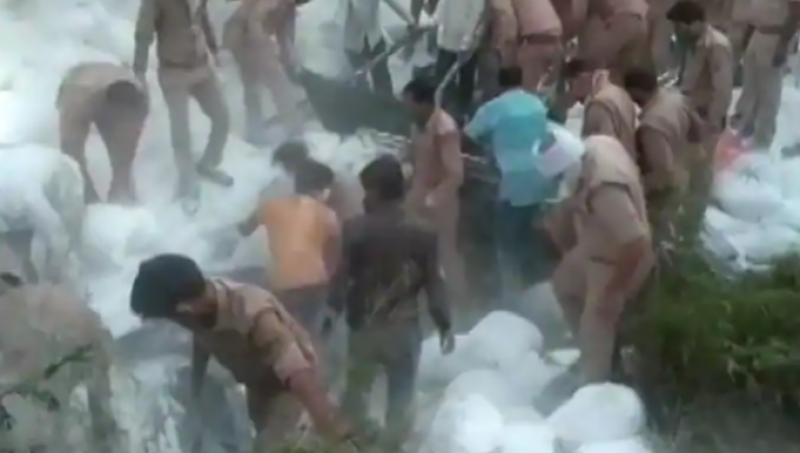 Lucknow (Web Desk): At least 23 migrant labourers were killed and 35 others injured in a truck crash in Auraiya district of India's Uttar Pradesh on Saturday.

According to foreign media, the accident occurred near Chirauri village when the truck carrying around 70 labourers collided with another truck that was parked by the roadside.

Local authorities said that the migrants mainly hailed from the states of Bihar, Jharkhand and West Bengal.

On May 13, six migrants were crushed to death by a speeding truck in Muzaffarnagar, also in Uttar Pradesh. The workers were also going to their homes in Bihar whether accident occurred.

It is pertinent to mention that 1.3 billion citizens in India were locked down by the Modi government almost seven weeks ago in an attempt to prevent the spread of the novel coronavirus, sparking a crisis for the hundreds of millions of Indians that rely on daily wages to survive.

On Saturday, Covid-19 infections reportedly crossed 85,000 in India, surpassing China, though officials credited the lockdown for slowing the contagion.