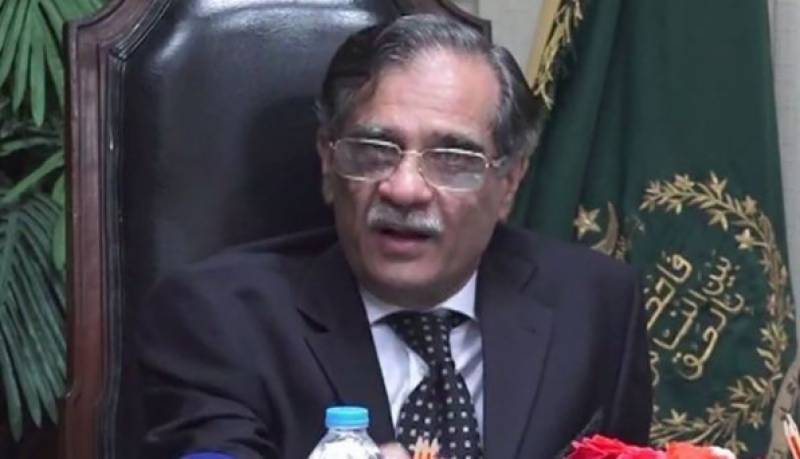 Lahore (Staff Report): Chief Justice of Pakistan Justice Mian Saqib Nisar on Friday remarked that prime minister should not run matters as per his own will.

While hearing a petition at Supreme Court’s Lahore Registry challenging the appointment of Zulfi Bukhari as the prime minister's special assistant on overseas Pakistanis, CJP Nisar on remarked that “matters cannot be run on the basis of friendships” and that the premier is a trustee of the nation who should not run matters as per his own will.

“The prime minister should not run matters as per his own will. We will decide whether the matters are being run in line with the Constitution or not,” the top judge said. “The prime minister does not have unrestrained authority and is a trustee of the nation,” he added.

During the hearing, the top judge remarked, “Appointments on key posts are an important national duty and such matters should be run as per national interest and not on the basis of friendships.”

As the hearing went under way, the chief justice expressed anger over Bukhari’s attitude and remarked, “You should leave your anger at home and then come. You might be someone else’s friend but you are not a friend of the Supreme Court.”

Justice Nisar also asked the attorney general to apprise Bukhari regarding his attitude.

The court sought also detailed report of Bukhari’s appointment and his qualifications.

The hearing of the case was then adjourned till December 5.