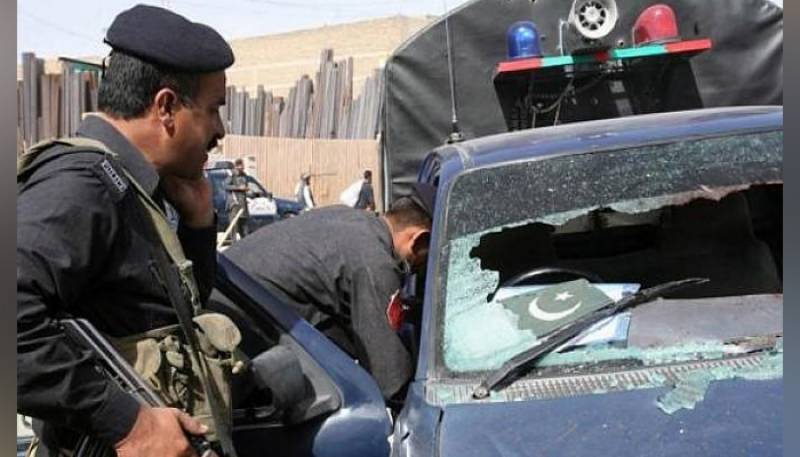 Lakki Marwat (Web Desk): At least six police personnel, including four police constables, an assistant sub-inspector (ASI) and the driver were martyred in an attack on police mobile van in district Lakki Marwat of Khyber Pakhtunkhwa (KP) on Wednesday.

According to details, the incident took place when the police were conducting a routine patrol in the area.

Dead bodies have been shifted to a nearby hospital, while police has started search operation in the area.

Prime Minister Shehbaz Sharif condemned it and paid tribute to the martyred policemen.

"The nation salutes brave officers who have sacrificed their lives for their motherland," PM Shehbaz stated.

Terming terrorists as the enemies of Pakistan, the prime minister vowed that the nation would stand strong against them. He then urged the KP government to provide the "Shuhda Package" to the families of the deceased.

He said that such cowardly acts cannot bring down morale of our security forces.

The KP CM said that the provincial government will not leave the bereaved families alone in this difficult time.

CM Mahmood Khan also sought a report from relevant officials regarding the attack on the police van.

The KP CM conveyed his condolences to the bereaved families. He prayed for eternal peace of the martyred souls and patience for their families.