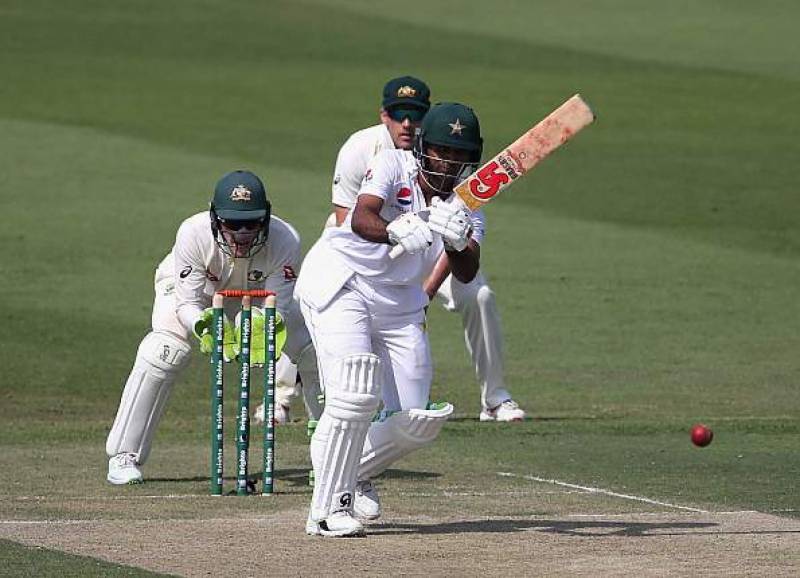 Abu Dhabi (Agencies): Pakistan set 283 runs target for Australia in the first day of the second Test in Abu Dhabi on Tuesday.

Aaron Finch was unbeaten on 13 while nightwatchman Peter Siddle was dismissed off the last ball of the day for four.

Debutant opener Fakhar Zaman and skipper Safraz Ahmed each scored 94 after Pakistan won the toss and opted to bat at Sheikh Zayed Stadium.

Pakistan won the toss and elected to bat first against Australia in the second and final Test in Abu Dhabi on Tuesday.

The tourists managed to draw the first Test after the nail-biting contest. Currently, the two matches series is level at 0-0 and so the test can be a decider.

Sarfraz Ahmed faces some searching questions to answer for the second test against Australia over his bowling attack and batting lineup after Tim Paine’s side produced a battling draw in the first Test in Dubai.