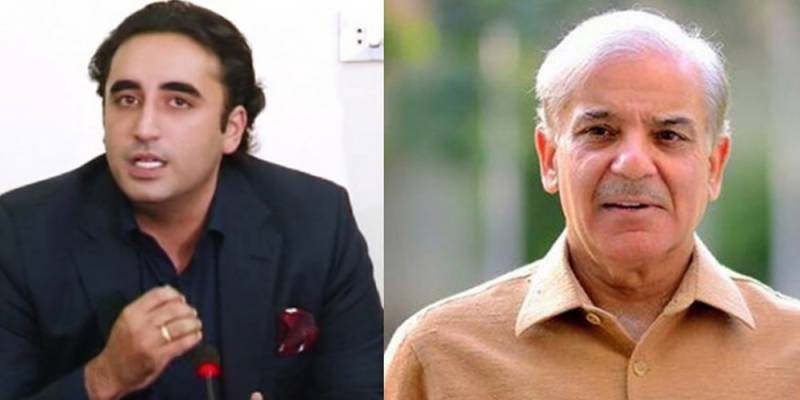 Blasting the latest hike in petrol prices, Leader of the Opposition in National Assembly and Pakistan Muslim League-Nawaz (PML-N) President Shehbaz Sharif termed it as "utterly shameful" saying it would "push people to the brink of starvation".

In a post on Twitter, the PML-N leader said, "No words to describe the extreme cruelty this selected PTI regime has inflicted on the people in the form of yet another increase in the prices of items of daily use."

"These latest hikes along with petrol bomb will push people to the brink of starvation. Utterly shameful!"

Shahbaz Sharif said PM Imran Khan has no right to remain in office and demanded his resignation.

Pakistan Peoples Party (PPP) Chairman Bilawal Bhutto said the PTI government has brought a “tsunami of inflation” in the country, reacting to the hike in petrol price.

“The government is actually charging people for its incompetence. During the PPP era, the burden of rising petroleum prices and products in the world market was never shifted to the masses, he said.

Bilawal said only PPP’s people-friendly government can save the country from the tsunami of inflation.

He said that increasing the price of petrol a day after the hike in power tariff proves Imran Khan is an anti-people prime minister.

The PPP chief asked the people to support his party to get rid of the government which is pushing Pakistan into the mire of inflation.

Rejecting the hike in petroleum products, PML-N vice president Maryam Nawaz said that the increase is like a lightning strike on public.

Speaking to media persons, the PML-N leader said that hike in petrol price has a spiral effect and everything gets expensive. People still have to make their ends meet in just Rs20,000 as not everyone lives in Banigala and has ‘ATMs’.

She said that government has robbed the people and now poor are paying price of government’s incompetence.

It is pertinent to mention that the PTI-led government has announced to increase the petroleum prices with immediate effect.

According to a notification issued by the Finance Division on Saturday, the price of petrol has been increased by Rs10.49 per litre after which the new price has jumped to Rs137.79 per litre.

The price of light-speed diesel was also jacked up by Rs8.84 and will now be sold for Rs108.35 per litre

The increase in POL products has been notified a day after the government hiked power tariff by Rs1.39 per unit which would come into effect from next month.

The notification stated that oil prices in the international market had risen around $85 a barrel which was the highest since October 2018.

"Importantly, entire energy chain prices have witnessed a strong surge in the past couple of months due to higher demand for energy inputs and supply bottlenecks," it added.