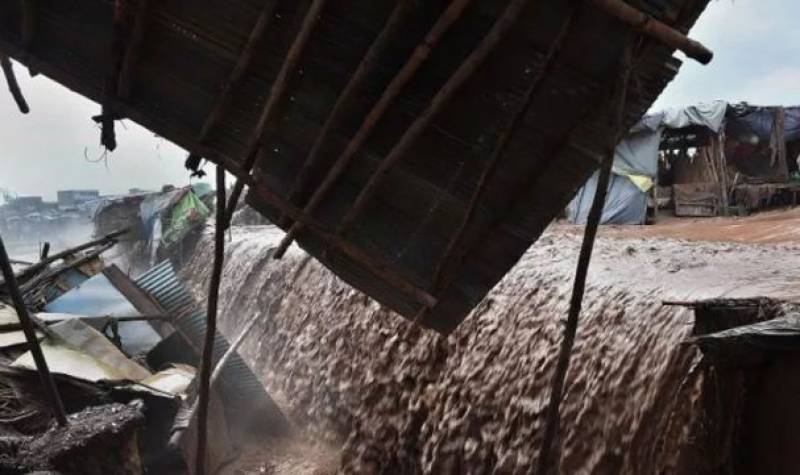 Lahore (Staff Report): At least 39 people were killed and more than 135 were injured in separate incidents due to heavy rains in Punjab, Balochistan and Khyber Pakhtunkhwa.

According to the National Disaster Management Authority (NDMA), at least eighty houses have so far been damaged due to heavy rains across the country.

As per FESCO sources, Jhang, Gojra, Sammundri, Tandlianwala, Sargodha and the adjoining areas suffered power shortage, however electricity supply was restored from all feeders after rain.

During the last 24 hours, the MET office has recorded 57mm rain in Islamabad, 24mm rain in Rawalpindi, 43mm rain in Lahore, 40mm in Gujranwala and 16mm in Peshawar.

According to the MET office, more widespread dust-thunderstorm and rain accompanied by gusty winds is expected in Punjab, Islamabad, Kashmir and at scattered places in KP.

On Tuesday, at least 14 people including two women, two children were killed in a collision between a passenger van and truck on National Highway near Ghanja Dhori area of Mastung district.

The Quetta-bound passenger van carrying commuters from Karachi was on its way when it hit a truck coming from the opposite direction due to over speeding.

As a result, eleven people including women and children died on the spot while 18 others were wounded.