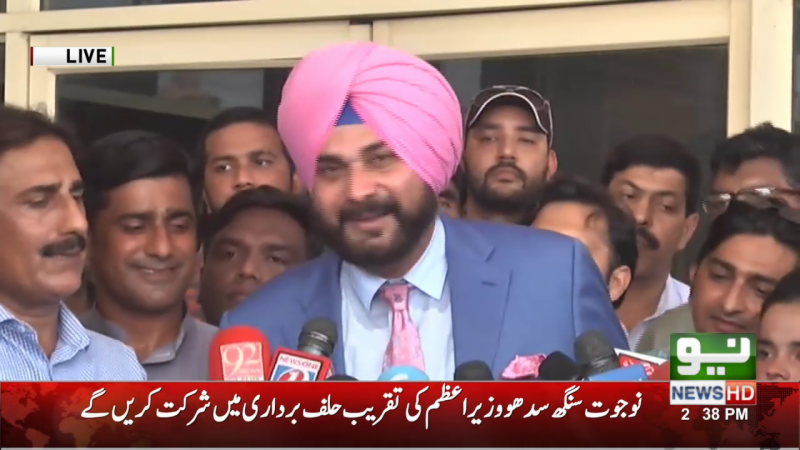 Sidhu arrived in Lahore via Wagah border and will head to Islamabad for the oath-taking ceremony of prime minister-in-waiting Imran Khan scheduled for August 18.

Taliking to the media at Wagah border, Sidhu welcomed the ‘change’ in Pakistan brought about by the rise of the Imran Khan-led Pakistan Tehreek-e-Insaf government.

“I have come to Pakistan on my friend’s [Imran] invitation. These are very special moments,” Sidhu said.

He said he was saddened today by the demise of former Indian prime minister Atal Bihari Vajpayee, who he recalled had started the friendship bus service between the two countries.

Answering a question, he said he had brought a Kashmiri shawl as a gift for Khan.

Khan has invited several Indian and Pakistani cricket stars of his time to the oath-taking ceremony scheduled for tomorrow at the President House. President Mamnoon Hussain will administer the oath.

According to PTI Senator Faisal Javed, besides Sidhu, India’s former cricket legends Sunil Gavaskar and Kapil Dev had been invited.