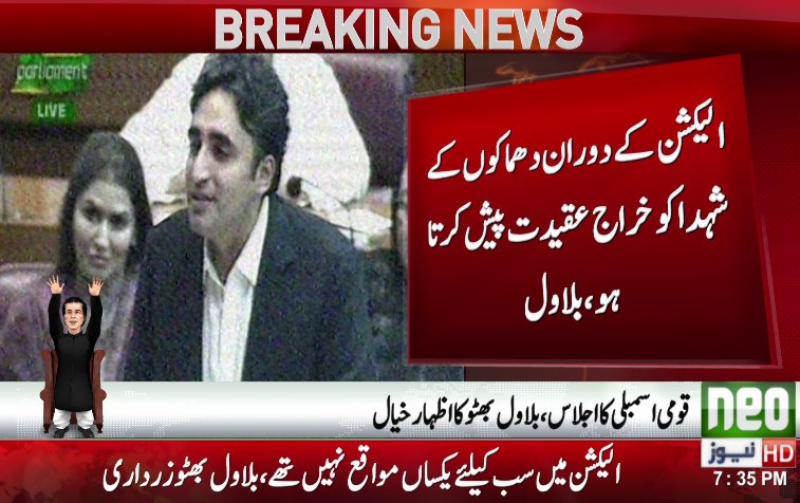 In his maiden speech in the National Assembly on Friday, Bilawal Bhutto paid tribute to the martyrs who laid their lives in the attacks during the time of General Election 2018.

He said that an investigation should be carried out of the attacks in Peshawar, Mastung and Quetta, which caused heavy damage in terms of human lives.

Earlier, newly-elected Prime Minister Imran Khan has vowed strict accountability across the board.