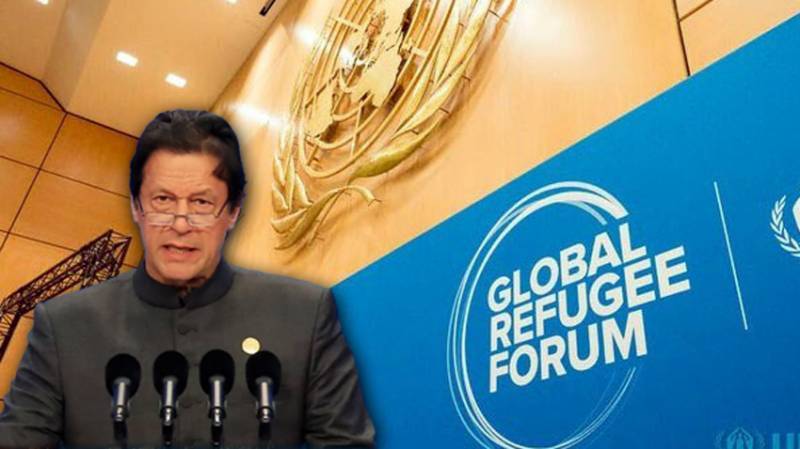 The prime minister is attending the moot as co-convener along with Turkish President Erdogan, leaders from Costa Rica, Ethiopia and Germany, the Radio Pakistan reported.

The PM office, in a tweet, said the premier on his arrival was received by United Nations High Commissioner for Refugees (UNHCR) Filippo Grandi.

On his arrival, the prime minister was received by Ambassador and Permanent Representative of Pakistan to the United Nations (UN) in Geneva Khalil Hashmi and Representatives of Swiss Government and UN High Commissioner for Refugees (UNHCR).

The UN High Commissioner for Refugees (UNHCR) and Switzerland are co-hosting the forum.

The Global Refugee Forum is the first major meeting on refugees of the 21st century.

Prime Minister Imran Khan, along with Turkish President Erdogan, and leaders from Costa Rica, Ethiopia and Germany, have been invited to co-convene the Forum in recognition of their exemplary role for the protection and well-being of refugees.

PM Khan will articulate Pakistan’s perspective, experience and contribution to the Afghan refugees.

During his stay in Geneva, Prime Minister Imran Khan will also have bilateral interaction with his counterparts and the UN leadership, and attend a luncheon hosted by the UN Secretary General Antonio Guterres.