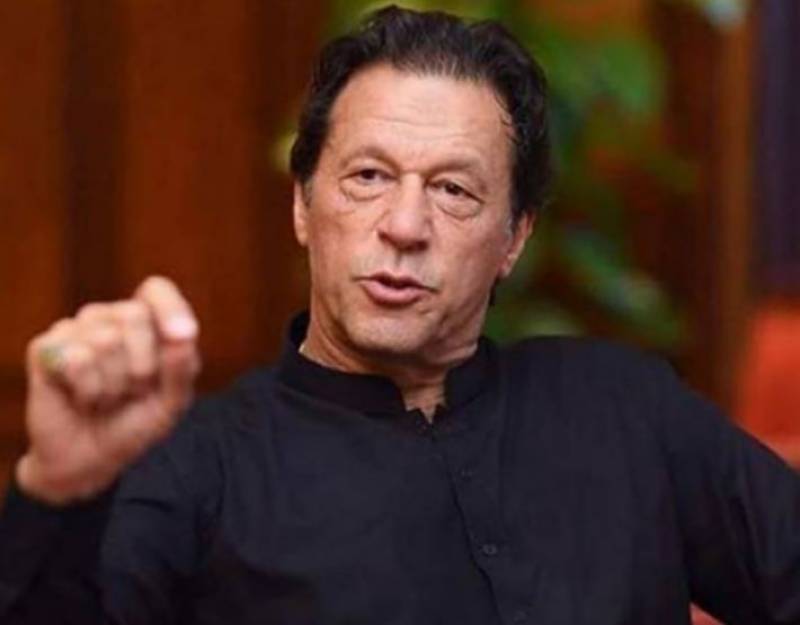 Addressing two-day Refugee Summit Islamabad on 40 years of hosting Afghan refugees in Pakistan, on Monday, he said if this ideology is not checked, this will lead to destruction and the region will become a flashpoint.

PM Imran said that Indian Prime Minister Narendra Modi's statement that they can destroy Pakistan in eleven days is not a responsible statement by a prime minister of a nuclear state with a huge population.

“Because of the Hindutva ideology Kashmiris have been persecuted for over 200 days while living under a lockdown. He said under the same ideology, BJP government passed two discriminatory nationalistic legislations, targeting 200 million Muslims in India”, he said.

PM Imran said if the international community does not take notice of this situation, it will create another refugee crisis for Pakistan as Muslims of India have been asked to move to Pakistan.

“We need peace in Afghanistan for development and prosperity of internally displaced people”, Khan reiterated.

The prime minister said that the development is only possible through trade and friendly relations, which will also help us to improve our relations with Central Asian states.

PM Imran said generosity has nothing to do with the bank balance. This hosting is linked with Madina Hijrat. He said learn and idealize Hijrat of our Prophet (PBUH) who believed in uniting human beings.

The premier said Islamophobia came after 9/11 because terrorism and Islam was equated, which led to sufferings of refugees across the world. He said every society and religion has every type of people.

Addressing the conference, United Nations (UN) Secretary General Antonio Guterres said that the world must recognise that the international support for Pakistan has been minimal compared to its own national efforts for Afghan Refugees.

He said that people of Pakistan extended generosity to the Afghan refugees for forty years, and this story is very close to his heart.

"I see solidarity not only in words but in deeds", he said. “We know the solution lies in Afghanistan", he said.

"I hope we can signal a possible pathway to peace for a better future for the people of Afghanistan. I see with us Ambassador Khalilzad who I want to strongly encourage to pursuing the way of peace”, he said.

Antonio Guterres underscored the need for renewed commitment to peace in Afghanistan for the successful repatriation of Afghan refugees.

He said the Afghan people deserve peace and stability and repatriation with safety and dignity.

The UN chief said time has come for international community to act and deliver with responsibility sharing. He said refugees is a big challenge, but this conference shows commitment to solve the issue.

While addressing the conference, Foreign Minister Shah Mahmood Qureshi said that Pakistan is pursuing a policy of return of Afghan refugees with dignity, safety and honour.

The foreign minister said peace and stability is indispensable and Pakistan would continue supporting Afghan owned and Afghan led peace process. He said every refugee is hoping that peace will restore leading to repatriation.

FM Qureshi urged the world to join hands with Pakistan to provide basic needs to Afghan refugees and enable them to live a dignified life. He said international cooperation is required more than ever before, the Radio Pakistan reported.

Shah Mahmood Qureshi said caring should be a shared responsibility. He said Afghan refugees are expecting the world to rebuild their country after restoration of peace there.

Speaking on the occasion, Afghan Second Vice President Danish Sarwar said they are thankful to Pakistan for hosting Afghan refugees for forty years.

The Afghan Second Vice President said his government wants repatriation of Afghan refugees; however, for that, end of the war is imperative.

Addressing the conference UN High Commissioner for Refugees Filippo Grandi said for the last 40 years, the people of Pakistan have stood with Afghan neighbors. He said Pakistan's solidarity to hosting refugees is admirable.

"However, generosity does not come without cost, but it has impact on local economy, infrastructure and security", he noted.

Filippo Grandi said that the international support to the Afghan refugees remained insufficient. He appealed to donors to lend support for development in Afghanistan.