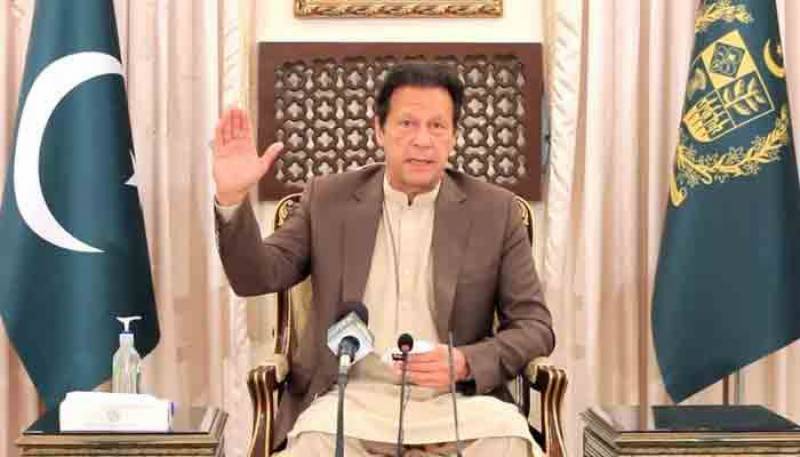 Islamabad: (Agencies): Prime Minister Imran Khan on Wednesday termed agriculture as “central to human survival” and proposed a five-point agenda to end poverty and hunger from the world.

“I further propose that a new strategy for sustainable food production and consumption should be considered and adopted at the Food Systems Summit next year,” Imran Khan said while

In his key-note address, PM Imran also spoke on the adverse effects of the COVID-19 pandemic on the economies of various countries especially the developing ones, pushing another 100 million people into extreme poverty.

He also shared Pakistan’s experiences and efforts to mitigate the sufferings of poor people including the historic US S $ 8 billion relief package given by his government during the COVID-19 pandemic.

While proposing the five-point agenda to end poverty and hunger, Prime Minister Imran Khan said firstly they ought to invest in sustainable agriculture infrastructure – for facilitating transport, production and distribution of agricultural inputs and food products.

The “Green Lanes” created by China was a good example,” he added.

Secondly, he said, the governments needed to more actively ensure adequate and fair prices for agricultural and food products. The so-called “magic of the market place” should be balanced by the very visible hand of the State, he added.

“We in Pakistan have suffered from market manipulations by monopolists and hoarders,” Imran Khan said

He urged that the farmers should not be left to the mercy of the corporations and at the same time, international agricultural trade must be rationalized.

The huge agricultural subsidies provided by certain richer economies distort global markets and make it impossible for farmers in the developing countries to compete,” he remarked.

Imran Khan said that the new and breakthrough agricultural technologies and techniques must be consciously applied to enhance food production; ensure efficient usage of water and land; and above all improve seed quality.

The IFAD and the Food and Agricultural Organization (FAO) could play a major role in that context, he added.

The prime minister said the adoption of digital technologies was as vital in agriculture as in other economic sectors. Ensuring internet and broadband access to the rural areas would be vital for their integration into national and global supply chains, he added.

“Perhaps the most important, we must re-think our patterns of food consumption and production. We can eat better and many of us would do well to eat less. We can produce food with greater respect for Nature. We can stop the pollution of our lakes, rivers and oceans. We can produce more with less water, and without dangerous chemicals,” he maintained in his fifth point.