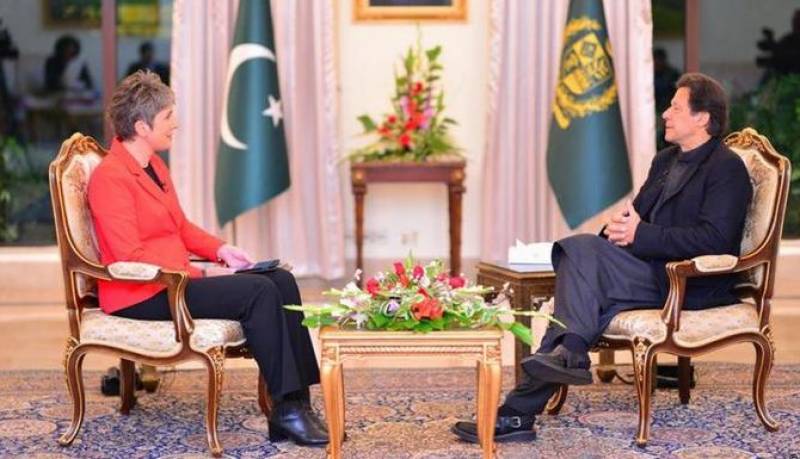 Islamabad (Web Desk): Prime Minister Imran Khan has said that military conflict between Saudi Arabia and Iran would be "disastrous" for Pakistan.

In an interview with German broadcaster Deutsche Welle (DW), the prime minister said that Pakistan is making efforts to defuse regional tensions.

Responding to a question by DW Editor-in-Chief Ines Pohl, PM Imran Khan said, "It's true that we live in a difficult neighborhood and we have to balance our actions. For instance, Saudi Arabia is one of Pakistan's greatest friends and has always been there for us. Then we have Iran, with which we have always maintained a good relationship," the premier said.

"Therefore, a military conflict between Saudi Arabia and Iran would be disastrous for Pakistan. We are trying our best to make sure that ties between these two countries do not deteriorate. It is a region that cannot afford another conflict," PM Imran stressed.

Responding to a question regarding tensions between India and Pakistan, the premier said that India has been taken over by the extremist "Hindutva" ideology.

"It is a tragedy for India — and for its neighbours — that the country has been taken over by RSS, an organisation which also assassinated the great Mahatma Gandhi. A nuclear-armed country is being run by extremists, and Kashmir has been under siege for over five months," PM Imran said.

The premier said it was "sadly" true that the international community has not paid enough attention to the Kashmir conflict. "Consider the sort of media attention the Hong Kong protests are getting. The tragedy of Kashmir is much greater," he stressed.

"Unfortunately, commercial interests are more important for Western countries. India is a big market and that is the reason behind the lukewarm response to what is happening to some eight million people in Kashmir, as well as to minorities in India," PM Khan noted.

Talking about Afghan conflict, he said that Pakistan was also doing its best to bring peace in the neighbouring country.

“It is a country that has suffered so much in the past 40 years. We pray that the Taliban, the Americans and the Afghan government achieve peace,” the PM said.

Kashmir issue can only be resolved through dialogue, says PM in Sri ...