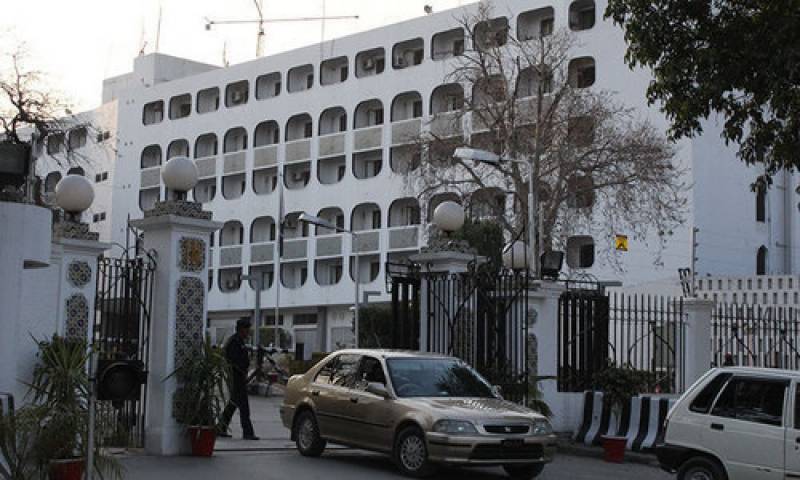 Islamabad (Staff Report): Foreign Office (FO) on Wednesday summoned the Afghan Deputy Head of Mission (DHM) to lodge a protest over the incident in which two Pakistani diplomatic officials were detained in Kabul.

The Afghan DHM was conveyed that the incident was a clear violation of the Vienna Convention of Diplomatic Relations (1961), said the FO in a statement.

The office declared the detention against the spirit of the brotherly relations between the two countries.

"It was emphasised that such incidents undermined the constructive engagement which the two countries envisaged for the strengthening of bilateral ties," said the statement.

"We urge the Afghan government to take immediate steps to ensure the security and safety of our diplomatic personnel and premises and to ensure that such incident does not take place in future," it said.