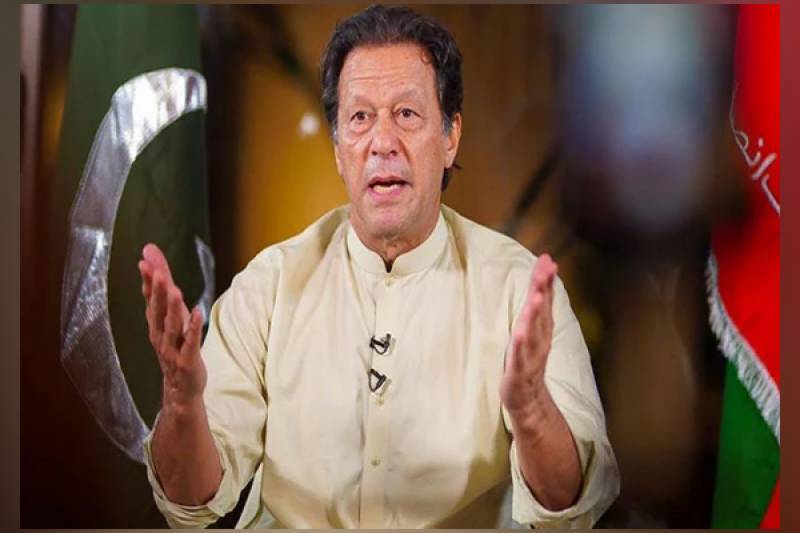 Lahore (Web Desk): Pakistan Tehreek-e-Insaf (PTI) Chairman and former premier Imran Khan on Thursday once against reiterated that free and fair elections were the only way forward.

Addressing the participants of long march in in Jehlum, Khushab, Peshawar and Chakdara via video link, the PTI chief said that his party has won 70 per cent of the elections despite the establishment standing with the government.

The former premier said that through the party's march, the nation wants to give the message that it does not accept the rulers imposed on them.

Criticising the coalition government, Imran Khan said that the incumbent rulers were prioritising their court cases over the economic crisis in the country.

The former prime minister said that the corruption cases concerning millions of rupees had been wrapped up while the incumbent government had also passed laws in this regard.

He said that due to the failed policies of  the government, Pakistan was witnessing record inflation.

The PTI chief went on to explain that our wealth is decreasing. “And when this happens, how will we pay back our debts?" he questioned.

"Banks abroad are being told that Pakistan does not have the ability to return loans," Khan said, adding that the banks will refrain from giving the country loans.

The former premier said that there was a chance that the current leaders would flee the country "once again" and they are "doing this all for themselves, not the country or its people".

The PTI chief said that the failed assassination attempt on him had made it clear that the PTI could not be stopped. "Therefore, the aim is eliminate Imran Khan."

Imran Khan said that this "was a defining moment" in the history of the country and "when the nation stands up, they are unstoppable".

Addressing the participants of long march in Jhelum's Dina city, PTI Vice Chairman Shah Mahmood Qureshi claimed that conspiracies were being hatched against the party.

He said that the caravan had travelled through the country saying that the "change had arrived".

Earlier, addressing the long marchers, PTI’s Secretary General Asad Umar said the party’s public gathering in Rawalpindi in the days to come will be the “biggest ever”, adding that the PTI will neither get threatened nor will it bow down.