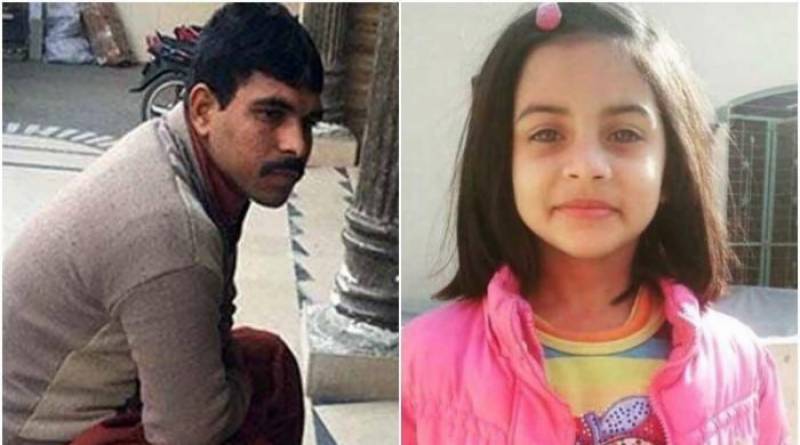 The criminal was awarded a death sentence on 21 counts after he was convicted of the rape and murder of at least eight minor girls, including Zainab. He was executed at the Central Jail Lahore at 5:30am.

Later, the dead body of Imran Ali was handed over to his heirs after completing formal legal proceeding.

Talking to media after the execution, Zainab’s father Muhammad Amin said that such kind of criminals should be hanged publicly for giving a lesson to all such evil minds.

On Tuesday, convict’s last meeting with his family members was arranged by the jail authorities which lasted for some 45 minutes.

Zainab was kidnapped on January 4 from near her aunt’s house in Kasur and was found dead in a garbage heap.

Imran Ali, a resident of Kasur, was involved in 12 incidents of rape and murder of minors, including Zainab’s, which he had confessed during the investigation of the case.

As he was involved in other rape and murder cases, the court, as a whole, sentenced him death for 21 counts, three life sentences and a cumulative 23 years in jail.

Ali had filed petitions with high court and Supreme Court for staying his executions but these were rejected. President of Pakistan had also refused his mercy appeal.

On Oct 6, Chief Justice of Pakistan (CJP) Mian Saqib Nisar took a suo motu notice of the delay in implementation of Imran Ali’s sentence in the minor girl’s case.

The anti-terrorism court issued the black warrants for the convict on October 12 and scheduled his execution for October 17.