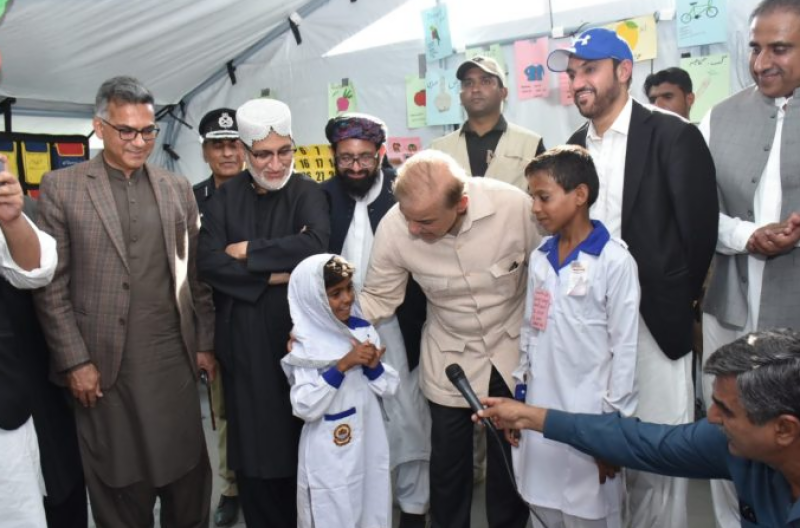 According to details, the prime minister issued the instructions during his visit to the flood-hit areas of Sohbatpur as he arrived in district Khuzdar on a day-long visit to review the arrangements of relief and rehabilitation.

PM Sharif proposed taking onboard the water engineers and hydrologists to recommend suggestions in line with the post-flood studies.

He feared that epidemics and communicable diseases could become a big challenge if the water took months to recede.

The premier directed to ensure availability of drinking water among the flood-affected people.

"For next crop season, arrangements for distribution of seeds to locals were in progress," PM Shehbaz said.

He mentioned that Rs5 billion had been disbursed among the flood victims of Balochistan under the Benazir Income Support Programme, as each household was given Rs 25,000 to meet their needs.

"To facilitate the flood-struck population, the government had exempt charging of 300 units in electricity bills during August and September," PM Shehbaz said.

The premier also interacted with patients at medical camp set up for flood victims and inquired the staff about the availability of medicine including the anti-malaria vaccine.

PM Shehbaz mingled with the students at a makeshift school and assured them that the government would construct a model school for them in two months equipped with modern facilities.

The chief secretary Balochistan briefed the prime minister about the ongoing relief and rehabilitation activities carried out in the flood-hit areas of the province.

"Heavy machinery was at work in five districts of Balochistan to rebuild infrastructure and clear pathways damaged by floods," the chief secretary said, adding that that regular sprays are being carried out to contain any possibility of epidemics in the flood-affected areas.

Earlier, PM Shehbaz took an aerial view of the inundated areas of Balochistan and Sindh.