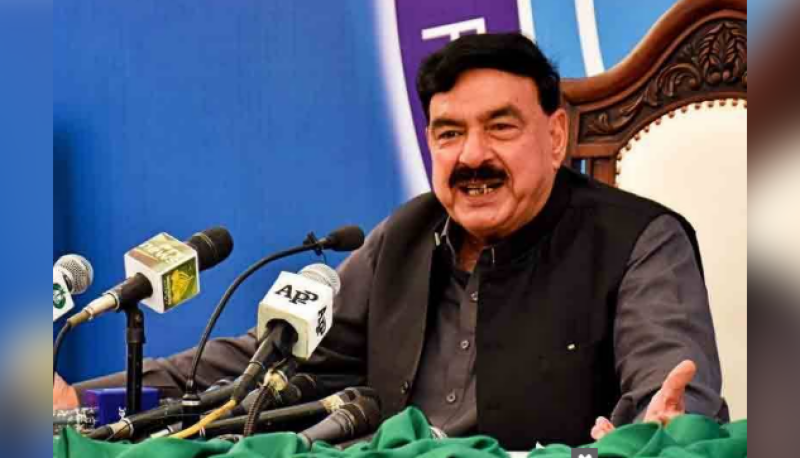 Islamabad (Web Desk): Federal Minister for Interior Sheikh Rashid Ahmad said Friday said that that there was a conspiracy behind the cancellation of Pakistan-New Zealand cricket series.

Addressing a press conference in Islamabad, the interior minister said that New Zealand took a unilateral decision to cancel the Pakistan tour despite the country's tight security arrangements for the team.

He said that the New Zealand authorities did not have any evidence to support their claim as the Pakistan army, security forces, and 4,000 police personnel were deployed for the Kiwis' security, the interior minister said.

Sheikh Rashid said Pakistan had proposed holding the matches without spectators, but the New Zealand authorities did not agree to that. Following this, the Pakistani officials spoke to Prime Minister Imran Khan, who is currently in Tajikistan.

The minister said after being on the matter, PM Imran Khan then called New Zealand Prime Minister [Jacinda Ardern] and assured her that there was no security threat," the minister said.

Responding to PM Imran Khan, New Zealand prime minister said there were reports that the team might be attacked once it steps out of the hotel, Sheikh Rashid added.

"They took a unilateral decision to cancel their tour," he said, adding that no security institution of Pakistan had received reports of threats to the New Zealand cricket team.

Sheikh Rashid further said that the National Crisis Management Cell had also tried to convince Kiwis not to call off their tour but they did not agree.

The minister noted that New Zealand's security team had visited Pakistan four months ago and the tour itself had been scheduled months before the Aug 31 deadline for withdrawal of international forces from neighbouring Afghanistan.

"None of our intelligence agencies, which are among the best in the world, have any information about a threat. Pakistan is playing a major role in the region and they do not want us to prosper."

Indian media was "defaming Pakistan", the interior minister said, adding that its designs would be foiled.

"We have sacrificed before and peace will prevail here at all costs," he emphasised.

Speaking about the upcoming tour by the England team, Sheikh Rashid said they would make their own decision.

He said arrangements for the British team are complete, the decision is up to them. "In Pakistan, there is no security issue for cricket," the interior minister concluded.

Earlier today, New Zealand cricket team backed out of its tour of Pakistan over security concerns minutes before the first match was scheduled to start at the Rawalpindi Cricket Stadium.

“Earlier today, New Zealand Cricket informed us they had been alerted to some security alert and have unilaterally decided to postpone the series,” , the Pakistan