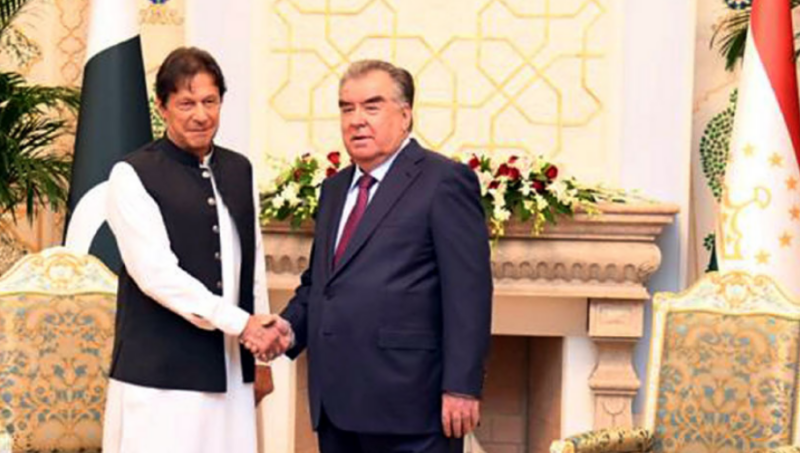 Dushanbe (Web Desk): Pakistan and Tajikistan have agreed to upgrade the bilateral relations to the level of a long-term strategic partnership.

The two leaders expressed satisfaction over the growing mutually beneficial political, trade, economic, scientific, technical, and cultural cooperation between the two sides, the

They underscored the importance of expansion of mutually beneficial economic and trade cooperation, improvement of investment and trade environment between the two countries.

They particularly noted the importance of construction of railways and highways from Tajikistan to Karachi and Gwadar seaports of Pakistan and the need for integration of Tajikistan with regional transport projects.

The two leaders expressed satisfaction with the steady development of cooperation between Tajikistan and Pakistan in the fields of security and defence.

Foreign Minister Makhdoom Shah Mahmood Qureshi, Advisor to PM on Commerce Abdul Razak Dawiood and Pakistan’s Ambassador in Dushanbe Imran Haider and their counterparts from Tajikistan signed the documents on behalf of their respective countries.

Moreover, a formal reception was hosted in honour of Prime Minister Imran Khan at Qasr-e-Millat by Tajik President Emomali Rahmon in Dushanbe on Friday.

On the occasion, national anthems of both countries were played, while Imran Khan and Emomali Rahmon introduced their respective delegates to each other. 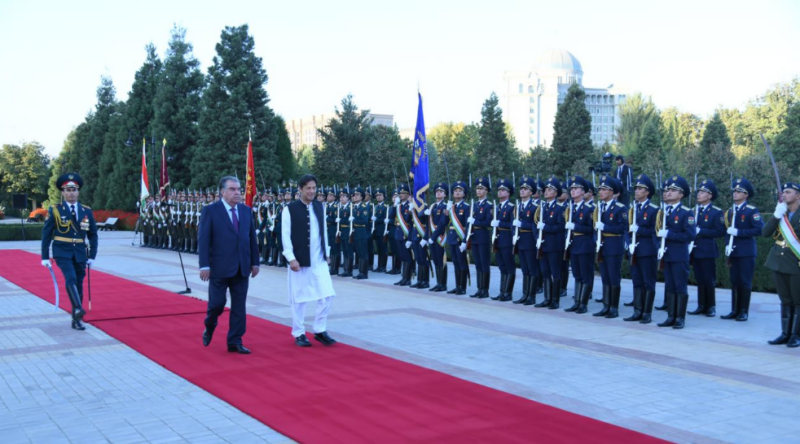 Earlier, Prime Minister Imran Khan on Friday stressed the need to adopt coordinated approaches for the resolution of regional issues including problems of Afghanistan.

Addressing the 20th Shanghai Cooperation Organisation Council of Heads of State (SCO-CHS) Summit in Tajikistan’s capital Dushanbe, the premier said that secure and peaceful Afghanistan is vitally important for Pakistan and regional stability.

PM Imran said that an inclusive political settlement is the best way forward in Afghanistan, along with ensuring the safety, security and protection of rights of Afghans.

PM Imran is in Dushanbe on a two-day visit to attend 20th meeting of the Shanghai Cooperation Organisation (SCO) Council of the Heads of State.

He was accompanied by the federal ministers including Shah Mehmood Qureshi, Fawad Chaudhry and others.