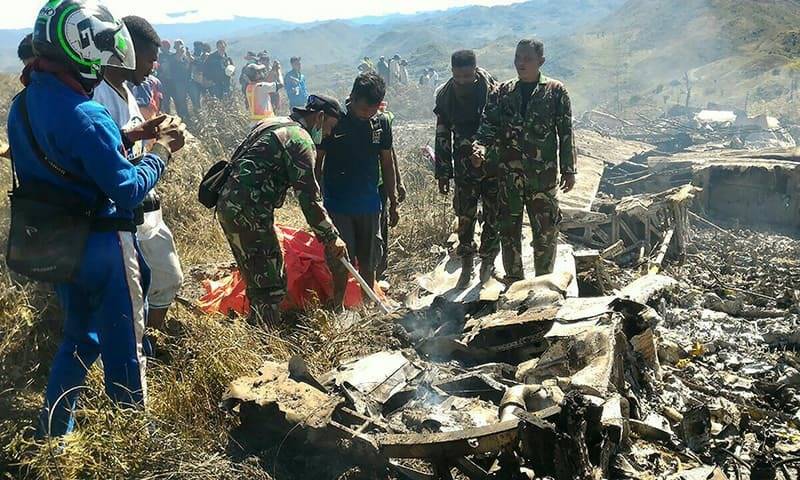 Jakarta (Reuters): An Indonesian air force transport plane has crashed into a mountainous terrain, killing all 13 people on-board including 3 pilots and 10 other military personnel, during a routine training exercise in the distant territory of Papua, a search and rescue agency official said on Sunday.

Ivan Ahmad Riski Titus, operational director of Indonesia's Search and Rescue Agency confirmed that the Hercules C-130 plane had taken off from the city of Timika before crashing near its destination of Wamena at around 6.15 a.m. local time (2315 GMT). The crash site on Lisuwa Mountain had been found and the bodies of the victims were being brought back to Wamena.

The Hercules was carrying food supplies from Timika to Wamena when it came down in mountainous terrain near to its destination early on Sunday.