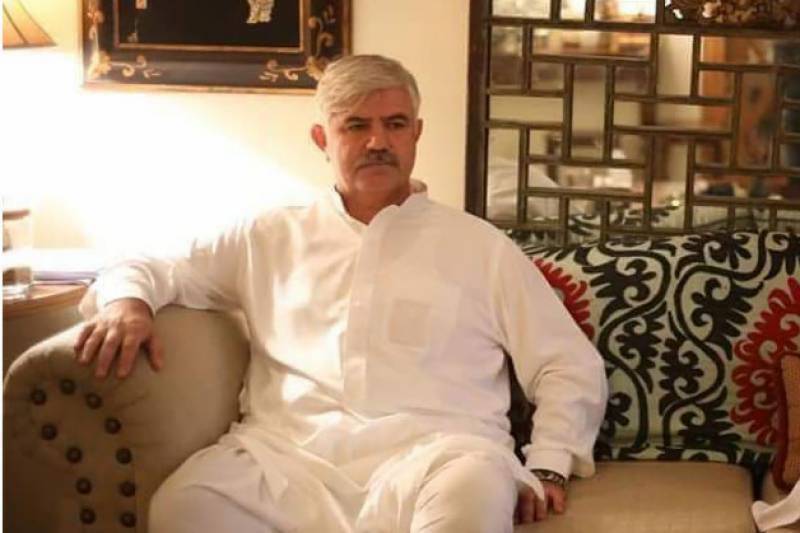 Islamabad (Staff Report): The National Accountability Bureau (NAB) on Tuesday said that it had not given any 'clean chit' to Khyber Pakhtunkhwa Chief Minister Mehmood Khan in Malam Jabba land lease case.

A spokesman for the NAB said in a statement, "The National Accountability Bureau has not given any kind of 'clean chit' to KP Chief Minister Mehmood Khan in Malam Jabba land case.”  The anti-corruption watchdog termed CM Khan's statement recorded with a combined investigation team (CIT) "unsatisfactory."

He said the CM could be summoned any time in accordance with the law.

On Monday, talking to newsmen after his appearance in NAB, Mehmood Khan had claimed that this was his last appearance as NAB gave him clean chit. He said that PTI respects institutions.

Mehmood said he had no connection to the case, adding that the provincial government was making efforts to boost investments.

The NAB is investigating leasing out of 275 acres of land in Malam Jabba, a tourist resort in Swat district, which belongs to the provincial forest department.

Mehmood Khan was provincial sports minister and Mohsin Aziz was chairman of the KP sports board at the time of agreement.

In 2014, the KP government violated the rules and regulations and allegedly gave 275-acre land to a private company on lease for 32 years.

The provincial government was to lease a mere 17-acres of land for 15 years including five acres for construction of a hotel and 12 acres for a chairlift project.