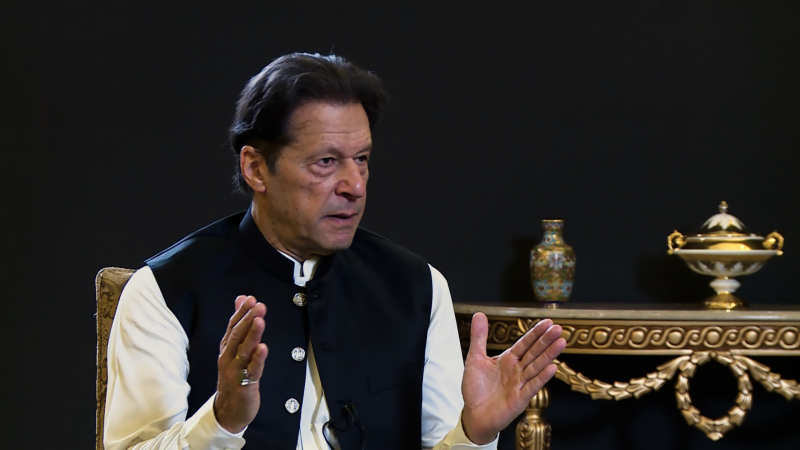 Islamabad (Agencies): Prime Minister Imran Khan on Friday said that the factor behind the developing countries’ poverty was not lack of resources but the corruption of their leadership.

“Corruption is something which destroys a country. The poor countries are poor not because of they lack resources but because their leadership is corrupt,” the premier said in an interview with Al Jazeera.

The developing world is poor because the ruling elite siphoned off money and laundered it into off shore accounts.

The prime minister said he wanted to build Pakistan on the model of Madina state.

PM Imran said the rule of law and public welfare were the two guiding principles of the Madina State.

“A society is civilized only when it has the rule of law. Without rule of law, there is no future. When ministers start stealing, you cannot make progress,” he remarked.

About his political struggle, PM Imran said his fight was against the corrupt ruling elite which was destroying the country. He told the interviewer that there were two entrenched family parties, so fighting them was like fighting a mafia. The premier said both the parties had money and state resources which also used money and media against him.

He said earlier Pakistan was being ruled by two corrupt families who came into power just for making money.

He said as far as the lower-level corruption by government officials, the government was introducing automation to do away with it.

To a question, the prime minister said his government had inherited the highest ever debt, fiscal deficit, current account deficit which took time to recover.

Regarding the Afghanistan situation, he said it was insanity what the west had been doing in the country for 20 years.

He said no Afghan was involved in 9/11 but the western powers occupied Afghanistan to achieve the objectives which could never be done through military means.

Due to the very stance, the prime minister said, he was criticized immensely.

He said Pakistan was declared among the best to have effectively navigated through the COVID-19 pandemic by maintaining balance between lives and livelihood.

He said like other developing countries, Pakistan was also faced with the imported inflation owing to the price hike of commodities like edible oil and pulses which are imported.

He said in order to do away the disparity in education system, the government introduced one core educational curriculum with the consensus and consultation with all stakeholders.

Talking about Islamophobia, PM Imran said the Muslim leaders never portrayed real Islam before the west, particularly after 9/11. This made the Muslims in western countries face islamophobia despite the fact terrorism had no relation with Islam.

“Imran Khan alone could not make any change rather the whole Muslim world must take a joint stance at the forums like the United Nations to make some difference,” PM Imran said.

To a question about Afghanistan, he said Pakistan was faced with a very difficult situation after the exit of the US and Taliban takeover.

PM Imran said the world including the US should think rationally for sake of 40 million people or else the situation would lead towards chaos and terrorism as ISIS was already there.

In case of any chaos in Afghanistan, Pakistan would be the biggest sufferer as the country had already been hosting three million refugees.

On Kashmir dispute, he said Pakistan had the responsibility to raise the issue at every forum.

He said if India made any strike on Pakistan, it would respond exactly the way it had done in 2019.

“Only mad people can think of bringing two nuclear powers face to face. Indian people are good but they are being ruled by fanatics,” PM Imran said.