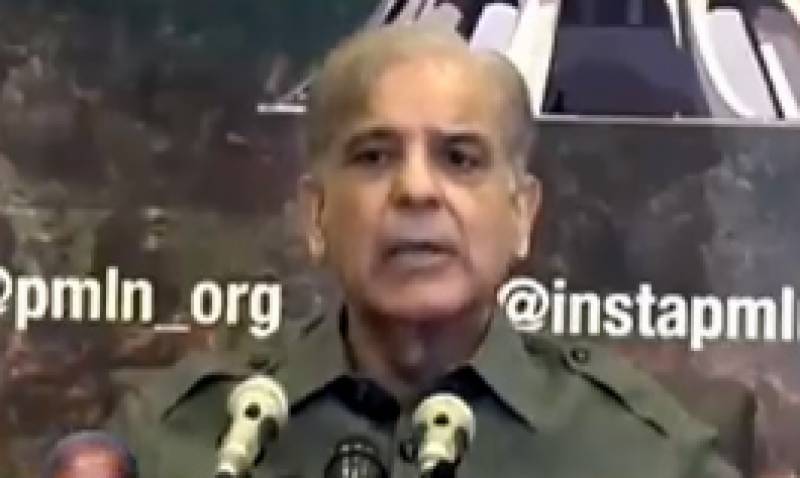 Addressing a press conference along with other party leaders, Shehbaz Sharif said that Abbasi’s arrest is PTI’s worst revenge against the PML-N in the garb of accountability.

He said that the incumbent government's failure and incompetence were being associated with the Pakistan Muslim League-Nawaz (PML-N).

Shehbaz said that Shahid Abbasi was not worried at all, asked to be shown the order, and said they could arrest him. However, upon Abbasi's demand for the arrest warrant, the NAB officials were clueless.

Prime Minister Imran Khan has ruined the country's economy in the past 10 months and the arrest was an attempt to distract the nation from the government's performance, the former Punjab CM alleged.

According to details, Abbasi, accompanied by PML-N leader Ahsan Iqbal and spokesperson Marriyum Aurangzeb, was on his way to attend a press conference when he was arrested on the Thokar Niaz Baig interchange.

The former PM was shifted to NAB office in Lahore after a medical check-up.

This is pertinent to mention that the NAB had summoned Shahid Khaqan Abbasi on July 18 in the LNG case.