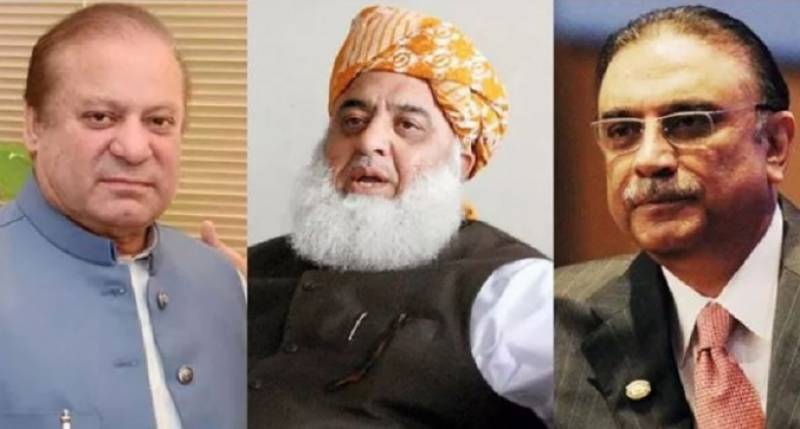 According to the sources, the three leaders spoke over the telephone and agreed that a detailed plan of action will be adopted in consultation with other allies.

The sources added that Nawaz, Zardari and Maulana Fazl reviewed the results of the Punjab by-polls and discussed the future strategy of the coalition government in Punjab and the centre.

On Sunday the PTI bagged 15 seats of Punjab Assembly in the by-elections held in 20 constituencies, in a teeth-biting contest against the ruling Pakistan Muslim PML-N.

According to unofficial results of all 20 seats issued by the Election Commission of Pakistan (ECP), PML-N obtained four seats while one independent candidate also got victory in the by-elections.

After the PTI's victory in Punjab by-elections, Chaudhry Pervez Elahi will now most likely replace Hamza Shahbaz as the new chief minister of the province in the coming days.

Before the by-elections, the PTI and PML-Q had already jointly attained the strength of 173 (163 of PTI and 10 of PML-Q).

However, after the elections, with 15 additional seats, this strength has reached 188 whereas the figure for the simple majority stands at 186.

Meanwhile, the independent MPA is expected to join the new ruling coalition.