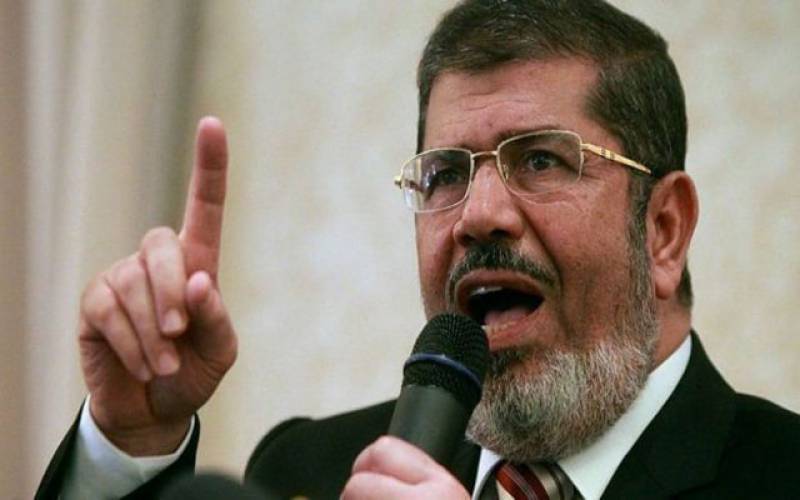 Cairo (Agencies): Egypt’s first democratically elected president Mohamed Mursi was buried alongside other senior figures of the Muslim Brotherhood in Cairo on Tuesday, his son, Ahmed Mursi, said on his Facebook page.

The burial was attended by members of the family in Cairo’s Nasr City after authorities refused burial in Mursi’s home province of Sharqiya in the Nile Delta, Ahmed Mursi said.

“We washed his noble body at Tora prison hospital, read prayers for him at the prison hospital ... and the burial was at the Muslim Brotherhood spiritual guides,” Ahmed wrote.

Mursi died on Monday from a heart attack after collapsing in a Cairo court while on trial on espionage charges, authorities and a medical source said. He was 67.

Mursi, a top figure in the now-banned Muslim Brotherhood, had been in jail since being toppled by the military in 2013 after barely a year in power, following mass protests against his rule.

“The court granted him his request to speak for five minutes… He fell to the ground in the cage… and was transported immediately to the hospital. A medical report found… no pulse or breathing,” said the attorney general’s office.

“He arrived at the hospital dead at 4:50 pm exactly and there were no new, visible injuries found on the body.”

State TV said the 67-year-old’s death was due to a cardiac arrest.

Rights groups called for an independent probe into the detention conditions and death of the former president, who was ousted in 2013 after a year of divisive rule.