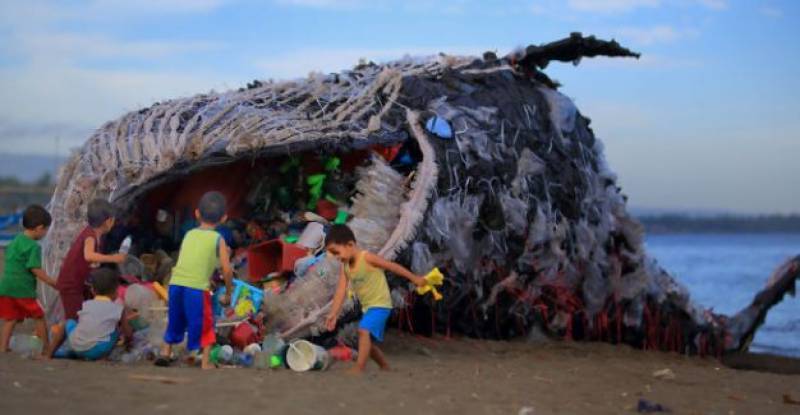 Manila (Web Desk): A young whale that washed up in the Philippines died from “gastric shock” after ingesting 40kg (88lbs) of plastic bags.

Marine biologists and volunteers from the D’Bone Collector Museum in Davao City, in the Philippine island of Mindanao, were shocked to discover the brutal cause of death for the young Cuvier’s beaked whale.

In a damning statement on their Facebook page, the museum said they uncovered “40 kilos of plastic bags, including 16 rice sacks. 4 banana plantation style bags and multiple shopping bags” in the whale’s stomach after conducting an autopsy.

Images from the autopsy showed endless piles of rubbish being extracted from the inside of the animal, which was said to have died from “gastric shock” after ingesting all the plastic.

The D’ Bone Collector Museum biologists who conducted the autopsy said it was “the most plastic we have ever seen in a whale”.

“It’s disgusting,” they added. “Action must be taken by the government against those who continue to treat the waterways and ocean as dumpsters.”