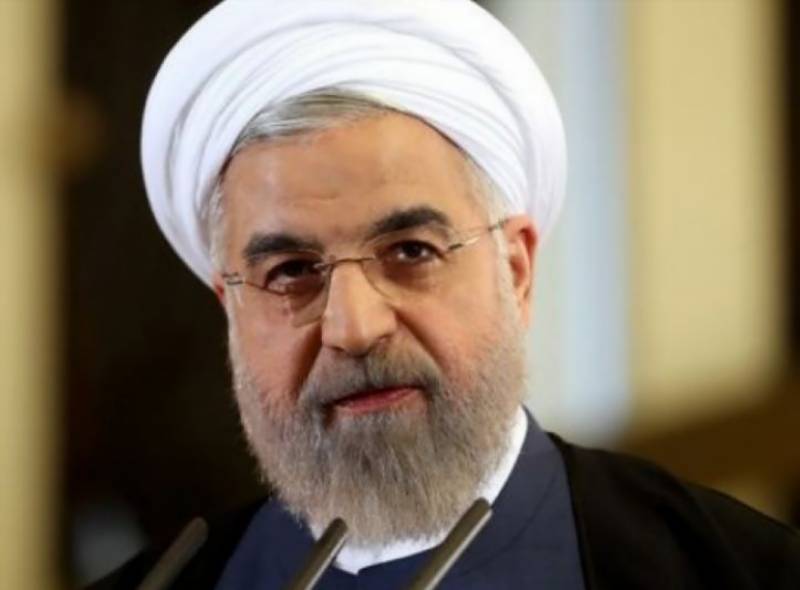 Tehran (Agencies): Iran's President Hassan Rohani on Monday urged Iranians to put a curse on the United States, Israel and Saudi Arabia, reiterating his long-standing charge that the US and its allies are responsible for the country's ailing economy.

In a speech broadcast live on state television, Rohani said that US sanctions had created difficulties including a weaker currency that has fed into higher inflation.

"Put all your curses on those who created the current situation," Rohani urged Iranians, adding that "the United States, the Zionists," and Saudi Arabia were to blame.

He didn't say what kind of curses the Iranians should invoke.

The US plan, Rohani claimed, was to "dominate" Iran, which is bearing the brunt of the reimposition by the United States of tough economic sanctions following President Donald Trump's decision in May 2018 to withdraw from the landmark 2015 nuclear deal.

He promised to increase wages in both the government and the private sector, and raise pensions.

Rohani came to power in 2017 promising to improve the economy and foster more open relations with the world.

The crisis that is gripping Iran has hurt Iranians and prompted Rohani's critics to openly call for his ouster.